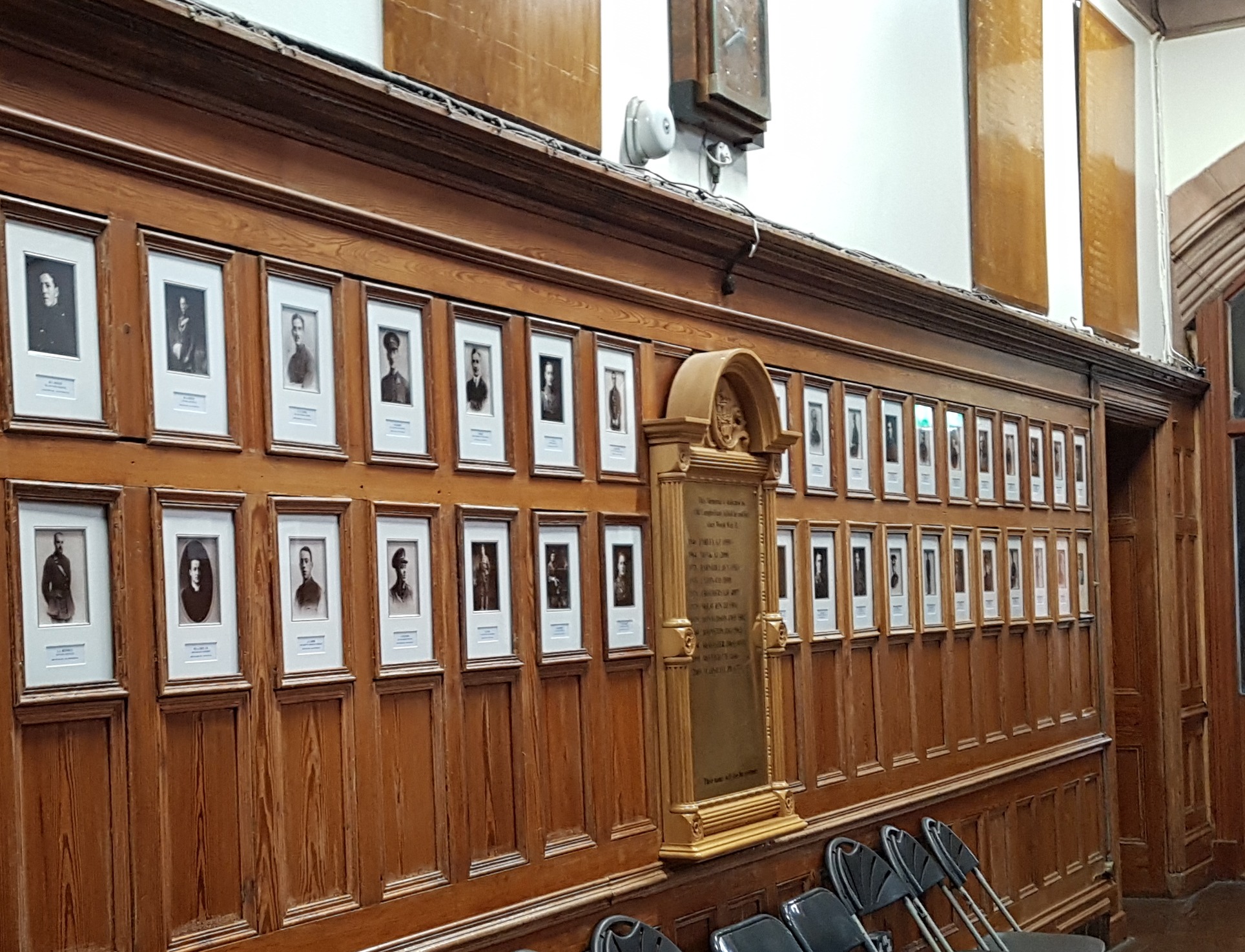 The preservation element of the MBTG project has finally been completed. 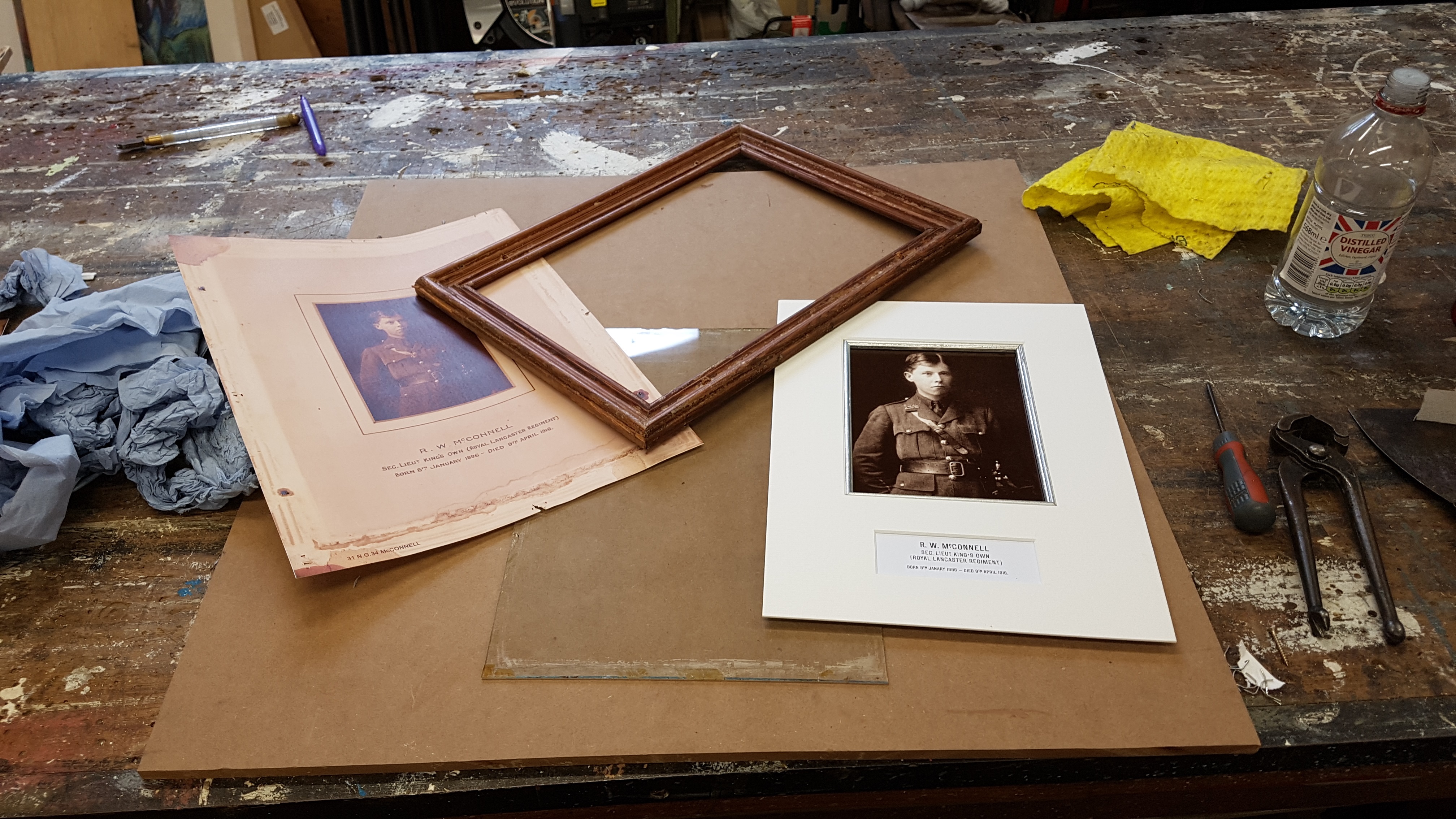 Removal of the temporary colour photocopy (note that this is not the original), with the new digitally restored image and new mount.

During the Great War, it became the practice at CCB to memorialise the death of an ‘old boy’ by placing their photograph in a glass-fronted frame in a recess in the wooden paneling of the College’s Central Hall (hence the Men Behind the Glass name). These original images were removed last year (2017) and sent to the Public Record Office for Northern Ireland (PRONI) for permanent conservation as many had become faded and damaged by time, some in danger of being lost forever. 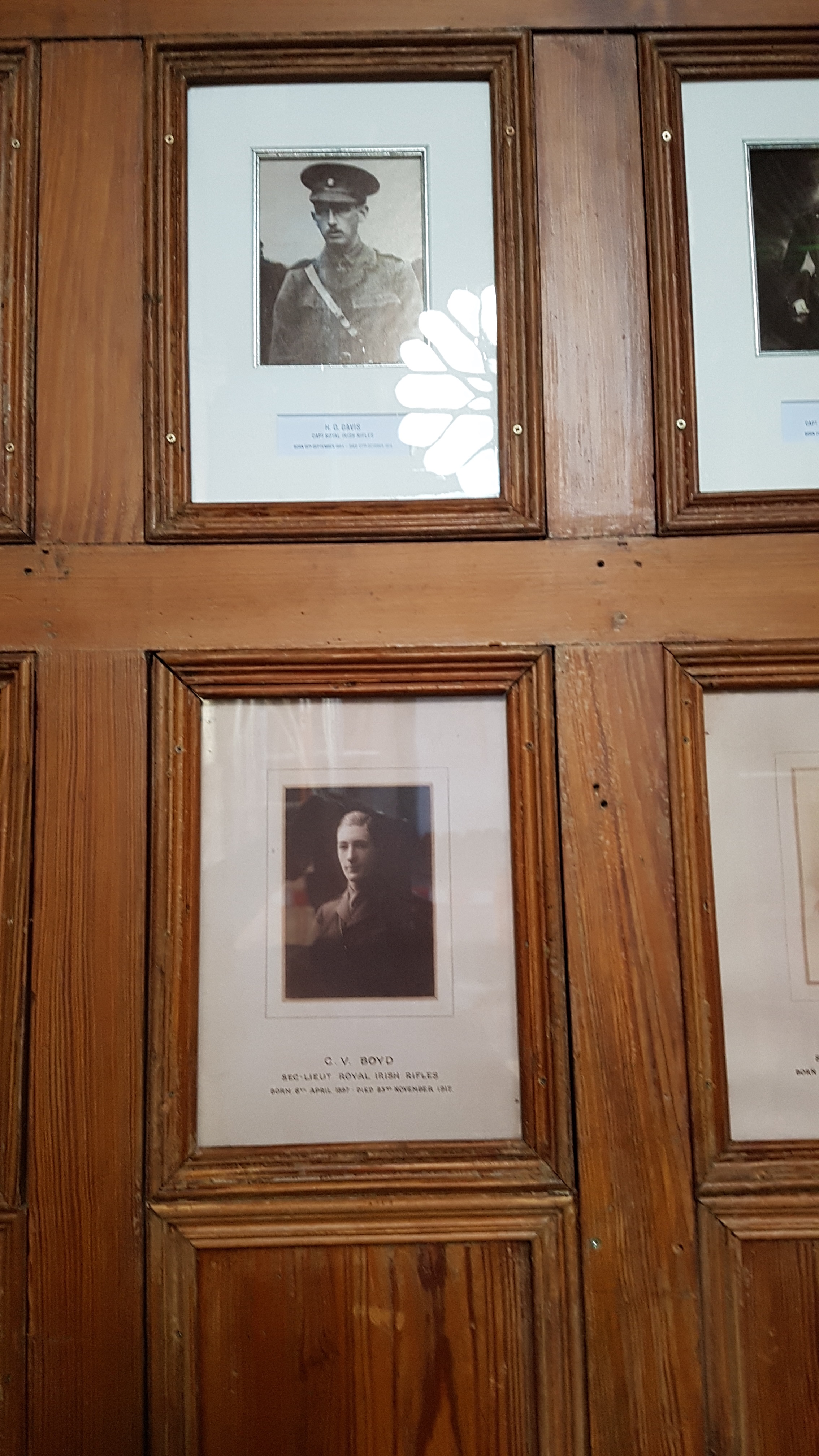 Old and images; old colour photocopy on the bottom row, new image and mount on the top row.

Altogether, 106 digitally restored facsimiles have been reinstated to Central Hall of 105 individuals (James Porter, for some reason, has two images). Though the 126 former pupils and one staff member from the College were killed in the First World War, 20 ‘old boys’ do not have photographs. The reason for this omission is unknown and is the subject of ongoing research.