Stories from the restoration 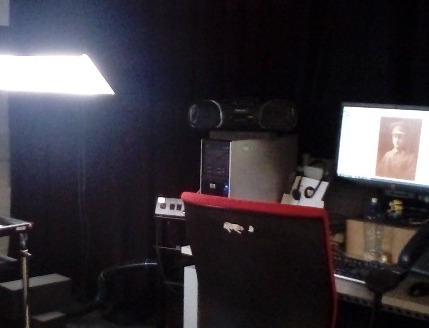 During the Great War, it became the practice at CCB to memorialise the death of an ‘old boy’ by placing their photograph in a glass-fronted frame in a recess in the wooden paneling of the College’s Central Hall (hence the Men Behind the Glass name). These original images were removed last year (2017) and sent to the Public Record Office for Northern Ireland (PRONI) for permanent conservation as many had become faded and damaged by time, some in danger of being lost forever.

On arrival at PRONI the photographs were removed from their mounts. During this process, the PRONI conservator discovered that only one photograph out of the 106 was actually an original print. PRONI thought that many different types of photographs were gathered in from the bereaved families and then copies were commissioned by the school in and around the 1920’s, to be included in the Central Hall memorial display. The copies are nearly all ‘Real Photo Postcards’ or RPPCs, of a similar size, common after the Great War.

After close scrutiny by PRONIs conservation and digitization experts, they discovered that several different photographic processes are present in the Campbell portrait collection.

Below is a photo of Thomas Phillips, Captain in the Royal Army Medical Corps. It is a real photo postcard print from an original Albumen Print. Albumen printing was the first commercially available method of producing a photo on a paper base from a negative – the process dates from the late 1840s and was dominant from 1855 to the turn of the 20th century. It uses albumen found in egg white to bind photographic chemicals to paper. It is a printing out process, or ‘POP’ (i.e. exposure to light makes the image emerge), rather than a developed out process, or ‘DOP’ (where developing solution is used).

This photograph probably relates to his time serving in India from 1909–1914, he was promoted to Captain during this time, so it is likely that the portrait was been taken to mark this event.

Below is an image of Sidney Todd Martin, Lieutenant in the Royal Inniskilling Fusiliers. A metal drawing-pin or tack can be seen at the top left corner of this image, pinning the original photograph up on a wooden board. The photographer then took a new photo of this original photograph. It is relatively common to see a reproduction made in this way during the early 20th century. The pinned-up original may have been an albumen print, or a gelatine silver print (a process which came directly after albumen printing and was widely adopted from the mid-1880s until the 1960s). 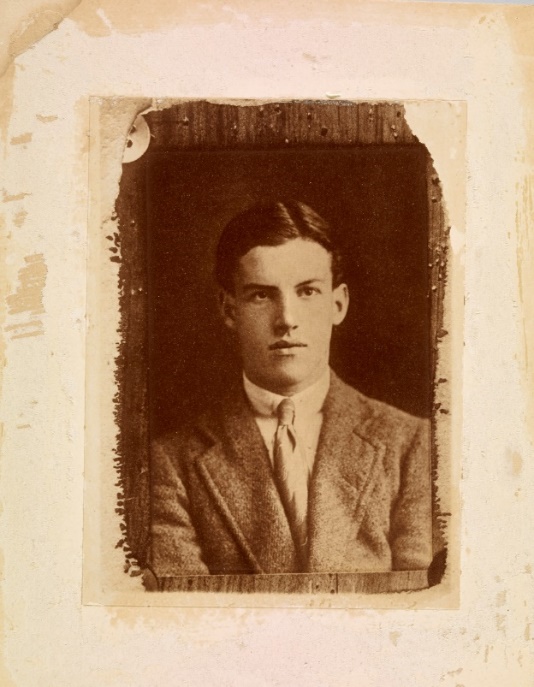 The image of Alfred Kyle, Corporal of the South African Infantry, below shows that the image is not a posed studio composition as the shadows on the soldier’s uniform indicate that there was a natural light source. The sharp, harsh lines around the figure indicate that it has been cut out of its original landscape, provided with a new plain background and then shadows added on the ground in pencil. 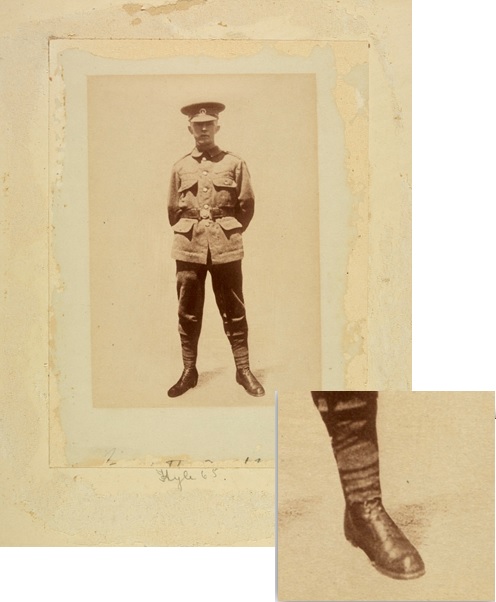 While the rest of the collection uses continuous tones, this image below is a halftone reproduction. Halftone was a printing technique used for photographs in books and newspapers.  The image is made up of dots - how large and how close the dots are together gives the illusion of tonal changes when viewed from a distance. 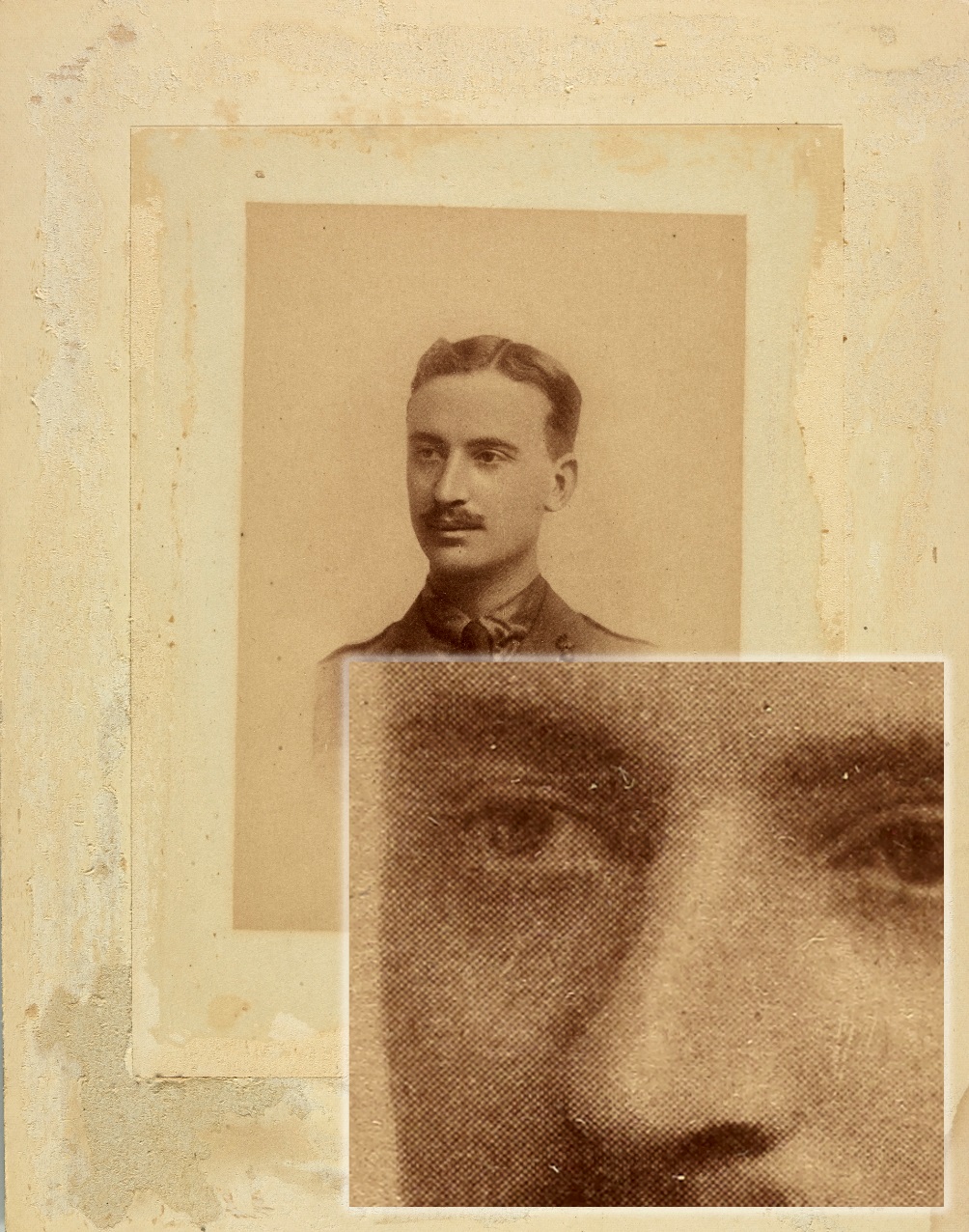 While most of the images are professional portraits, this one is of Brian Stewart Brown is an example of an amateur ‘snap’. The subject is posing informally outdoors.  As the subject is in uniform it’s likely that the image was taken by a colleague when on deployment or on leave. 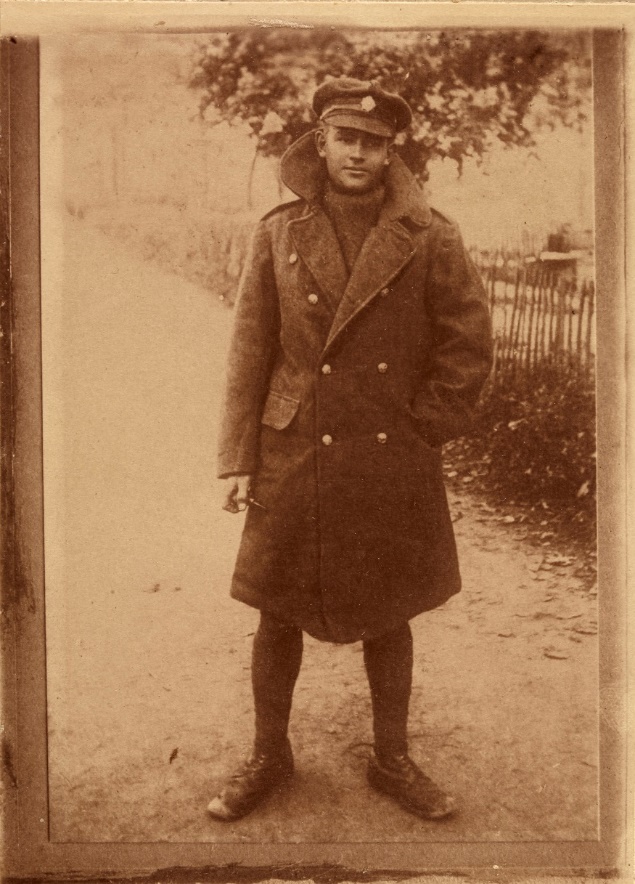 This is a picture of Charles Hanna is a formal studio portrait, however, the civilian dress indicates that it is probably a family photograph. 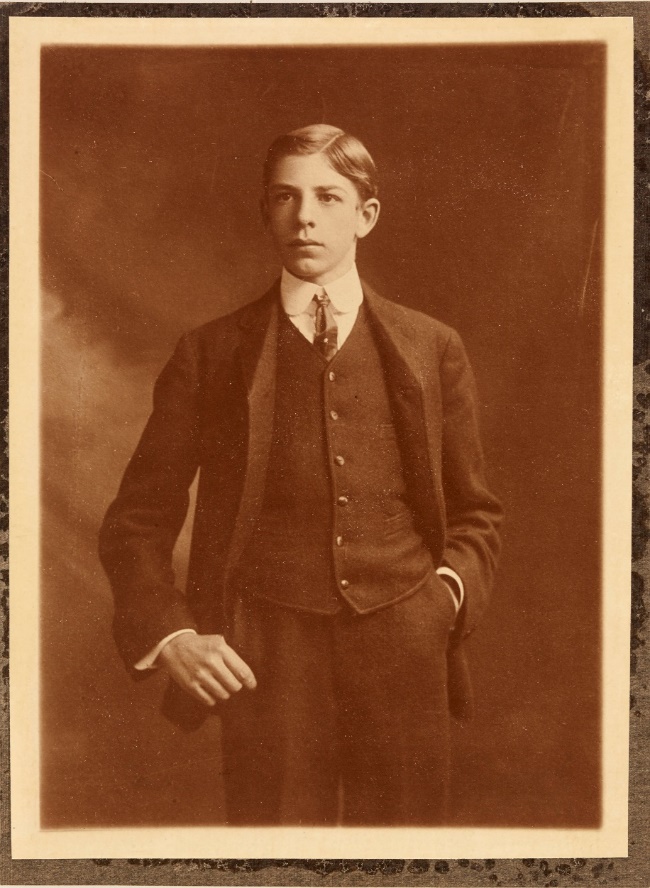 This is the only original 1st generation print in the collection. It is of Cyril Somers and is made from a suspension of silver salts in gelatine coated onto a paper support. This is an early example of the type of black and white photography that became industry standard after WW1. It is much blacker in tone than the albumen prints. 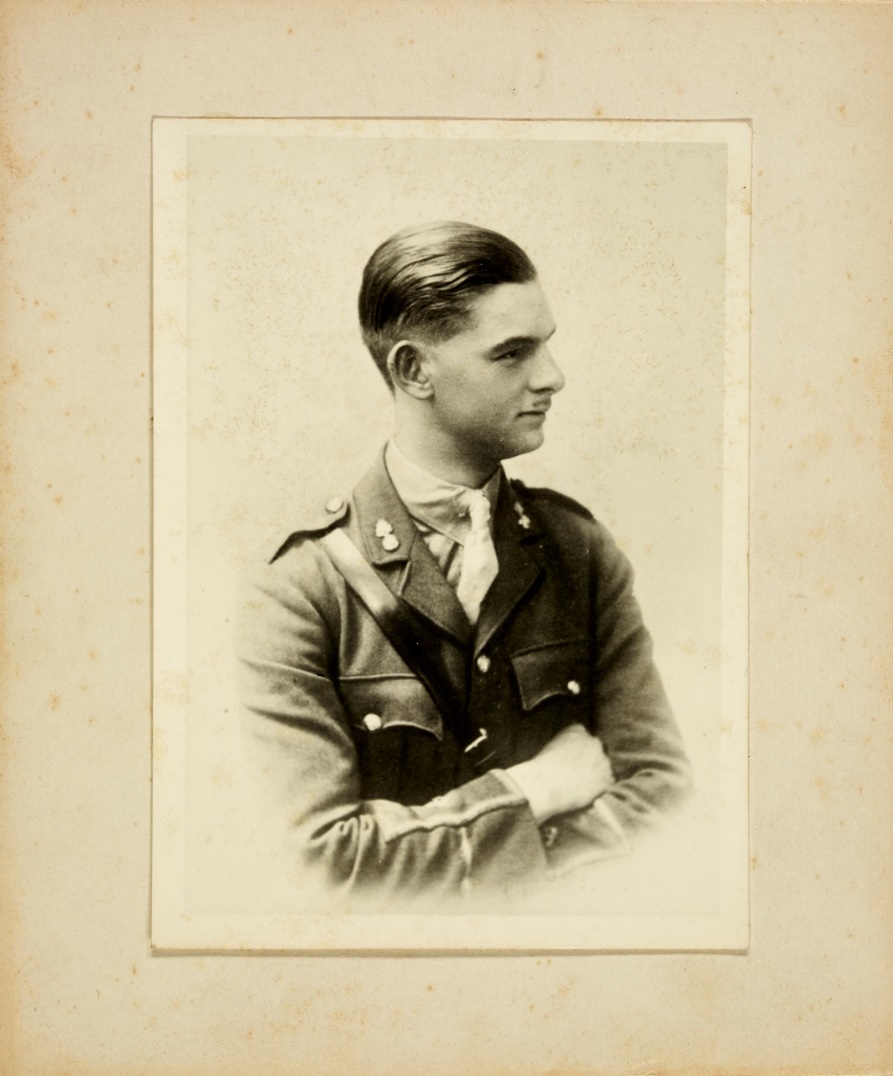 This image of William George McCaw is particularly interesting as, under close scrutiny it would appear that the image dates from when McCaw was a Corporal, however, a third chevron (the lower one) has been manually added to the photograph - indicating his promotion to the rank of Sergeant shortly before his death on 2nd July 1916. 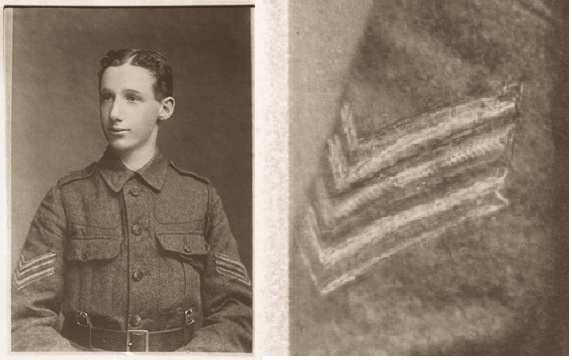 With thanks to PRONI for their professional assistance in preparing this article.