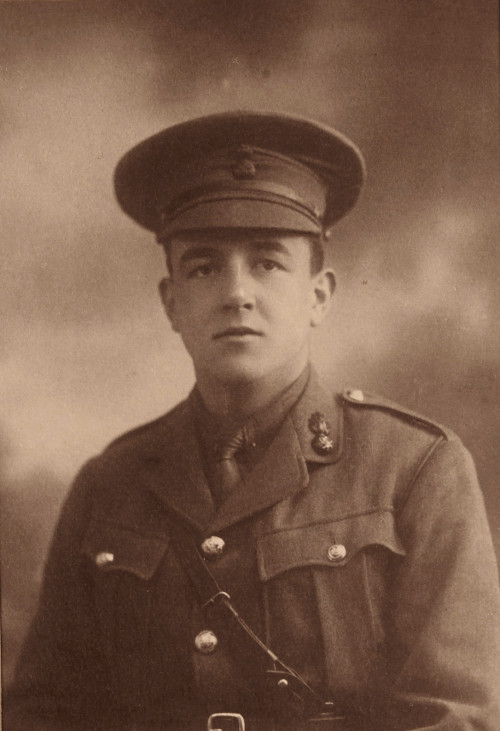 Charles was the son of Mrs. Andrew McCammon, of Drumgooland, Seaford, Co. Down. He arrived at Campbell College in 1904 previously a pupil at Coleraine Academical Institution. Prior to joining the army, he was employed as a bank clerk with The Ulster Bank.

Charles was temporarily Commissioned into the regular army on the 25th January 1915 as Second Lieutenant in the 9th Battalion Royal Welsh Fusiliers. Before his commission, he had previously been in B Company, 6th Service Battalion Royal Inniskilling Fusiliers serving as both a Corporal then a Sergeant.

The Commonwealth War Graves Commission list Charles as being killed in action on 3rd of July 1916, not the 1st July as listed on his inscription.

He is buried at Ovillers Military Cemetery, just south of La Boisselle.