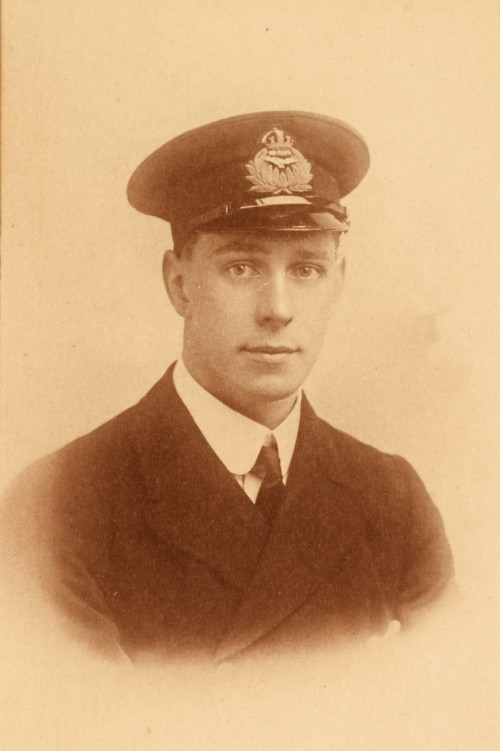 George was the son of J. S Herriot of Beaconsfield, Belmont Church Road, Belfast. He entered Campbell College in 1908 where he was School Prefect, a member of the 1st XV 1912-1914 and a renowned school athletics champion in 1914.

George's war began when he entered the Royal Naval Air Service on the 31st December 1916, becoming a Temporary Flight Officer, stationed at Crystal Palace, London. By February 1917, he was in training at Edenchurch Flying School, going on to become a Flight Sub-Lieutenant by the 30th May 1917, located at Cranwell. He was reported to have graduated as a "Very good pilot and very promising officer". By the 30th of May 1917, he was recommended for seaplanes, moving on the 25th July 1917 to Calshot where he finished his seaplane course, he is reported to have done well in all subjects, except seamanship.

George was recommended for patrol duties at home station and was posted in October 1917 to Westgate known as a "Keen officer and a good pilot". He was killed in a flying accident and is buried at Minster (Thanet) Cemetery, Kent.