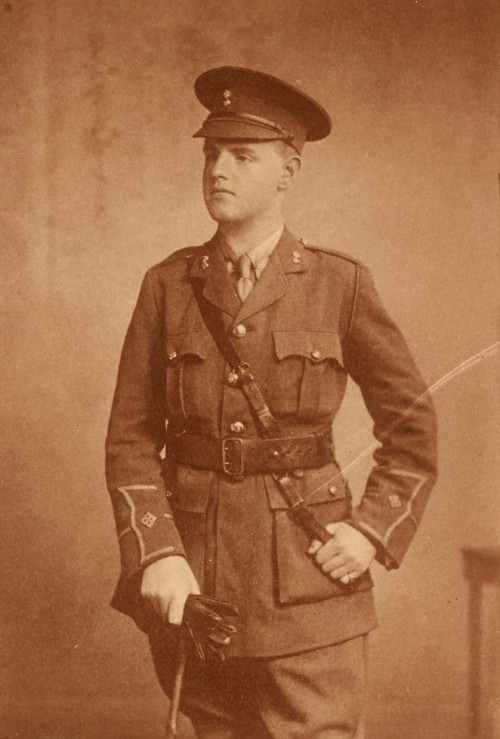 John was the son of Jane Montford Redding, of Dublin, and the late Rev. R. B. Redding, of 5 Albert Terrace, Dollymount, Dublin. John entered Campbell in September 1911. He was commissioned into the 9th (Service) Battalion of the Royal Munster Fusiliers on 15 December 1914.

John's mother was notified of his 'accidental' death on the 13th of March 1917. It is reported that he was "found dead in his quarters at Water Dump 'A' between Kharga and Dakhla, as result of bullet wound in the head". The inquest held at Sherika (Kharga Oasis) concluded that the death was 'self-inflicted'. John is buried at Cairo War Memorial Cemetery Egypt.