Men Behind the Glass Poetry Slam! 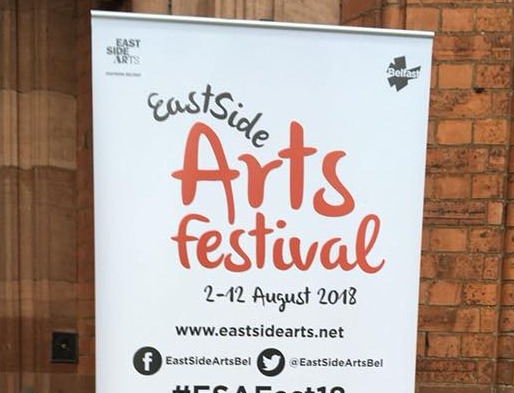 On 3rd August, a number of A-Level students from secondary schools across Belfast participated in a unique Poetry Slam event inspired by the stories of the Men Behind The Glass.

Led by Dr. Michelle Young from Living Legacies 1914–18 (http://www.livinglegacies1914-18.ac.uk/), the students took part in a week-long series of writing and performance workshops which culminated in a presentation of original work at the Eastside Arts Festival.

The Poetry Slam, which was held at Campbell College on Friday 3rd August, was hosted by previous Head Boy, Ben Taylor and students read and performed a selection of their own poems, written in response to the stories of pupils from the College who lost their lives during WW1. 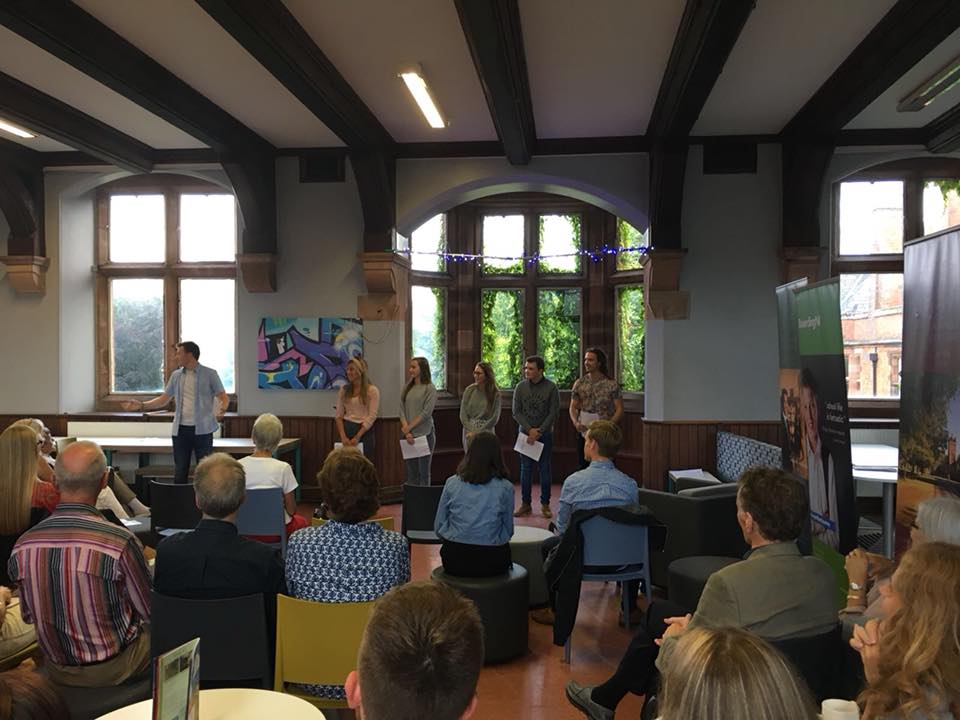 Students performing on the night

The A Level students, from Lagan College, Strathearn School and Campbell College came together on Monday 30th July to learn about the history of Campbell College and the stories of the men whose images line the walls of the College’s Central Hall. In the following four days, they were guided through the writing of poetic responses to the lives of these men as classmates at Campbell College and as comrades in the Great War. The students’ work referenced the heritage of WW1 in the school and reflected some of the individual stories of men such as former Head Boy, Reginald Whiteside who was shot down by the Red Baron at the age of 20. At the end of the week, the students were prepared for the presentation of their poetry in an intense vocal and performance technique workshop before performing in front of an appreciative audience in what was a moving and inspiring evening. The video link below shows some of the performances.

Leah Fleming from Strathearn School, said about the week, ‘I wasn’t sure what to expect but I enjoyed it so much and learnt a lot from it’.

Ross Taylor, from Campbell College, said: ‘thank you so much for this unique experience, I really enjoyed last week and the activities you put together for us really helped me to get into the mind-set for writing those poems. I couldn’t have imagined at the start that I would be able to write and perform three poems, especially in less than a week’s time! 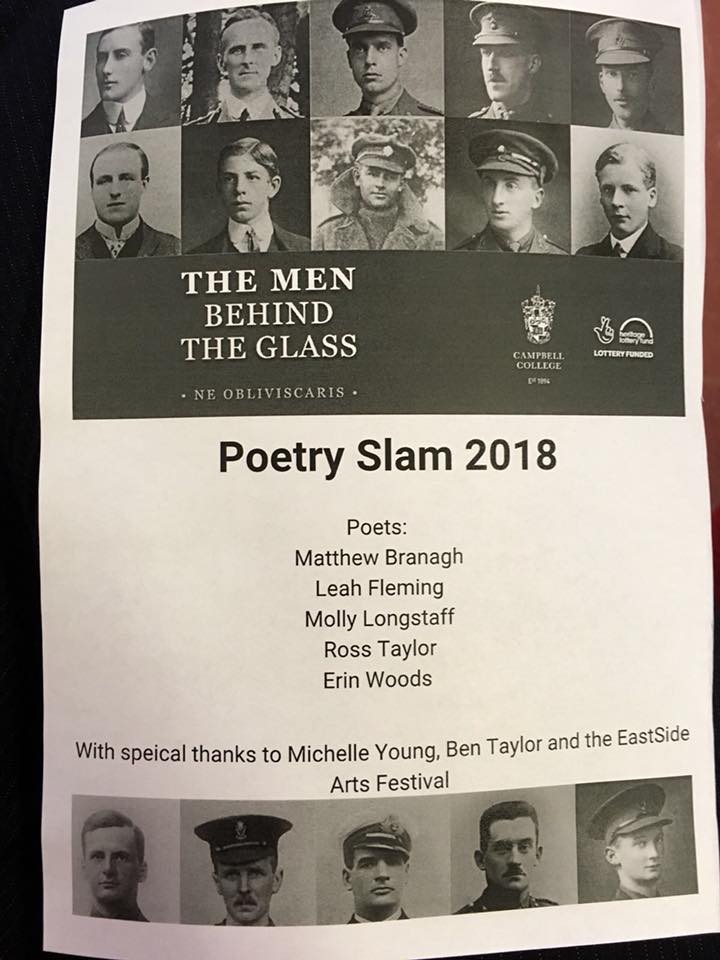 Flyer for the night.