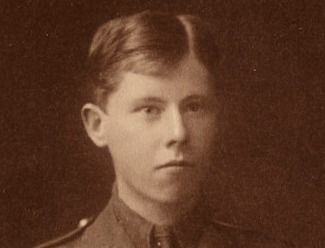 Earlier this year, Dr. Michelle Young, the creative manager on the project and a Project Officer at Living Legacies (http://www.livinglegacies1914-18.ac.uk/), led a series of drama workshops with P7 pupils in nine local schools in east and south Belfast to introduce children to the project, consider what life was like at an Edwardian school one hundred years ago and explore the subject of the First World War. Around 500 children participated in the workshops.

She structured the workshops around the real-life story of Robert McConnell (pictured above), a former Campbell pupil. Robert left Campbell College aged 18 in 1914 and was commissioned into the British Army as an infantry officer in early 1915. He was killed a year later on active service in what is now modern-day Iraq. A number of letters from Robert exist in the Campbell College archives and formed the basis of some drama pieces that illustrated his life. An actor played Robert and another portrayed Ms. Boal, a real-life art teacher at Campbell during the Great War. Both were used to introduce pupils to Robert’s life and explain to the children what it was like at the school one hundred years ago.

Robert’s life, both at school and at war, was explored through a variety of drama techniques such as freeze-frame, tableaux and thought-tracking. Pupils worked in small groups to construct the story of one of the ‘Men Behind the Glass’. Each group was presented with a care package/box which contained a number of items and unfinished letters and pictures. Pupils had to complete the writing and art tasks in their groups. Each group then rehearsed and presented a performance of the story of their soldier using drama techniques that they explored within the workshop.

The video below shows how the drama sessions worked and the response of the pupils to the workshops.

The video below is the performance around which the drama workshops were based.

Below are some photographs from the workshops. 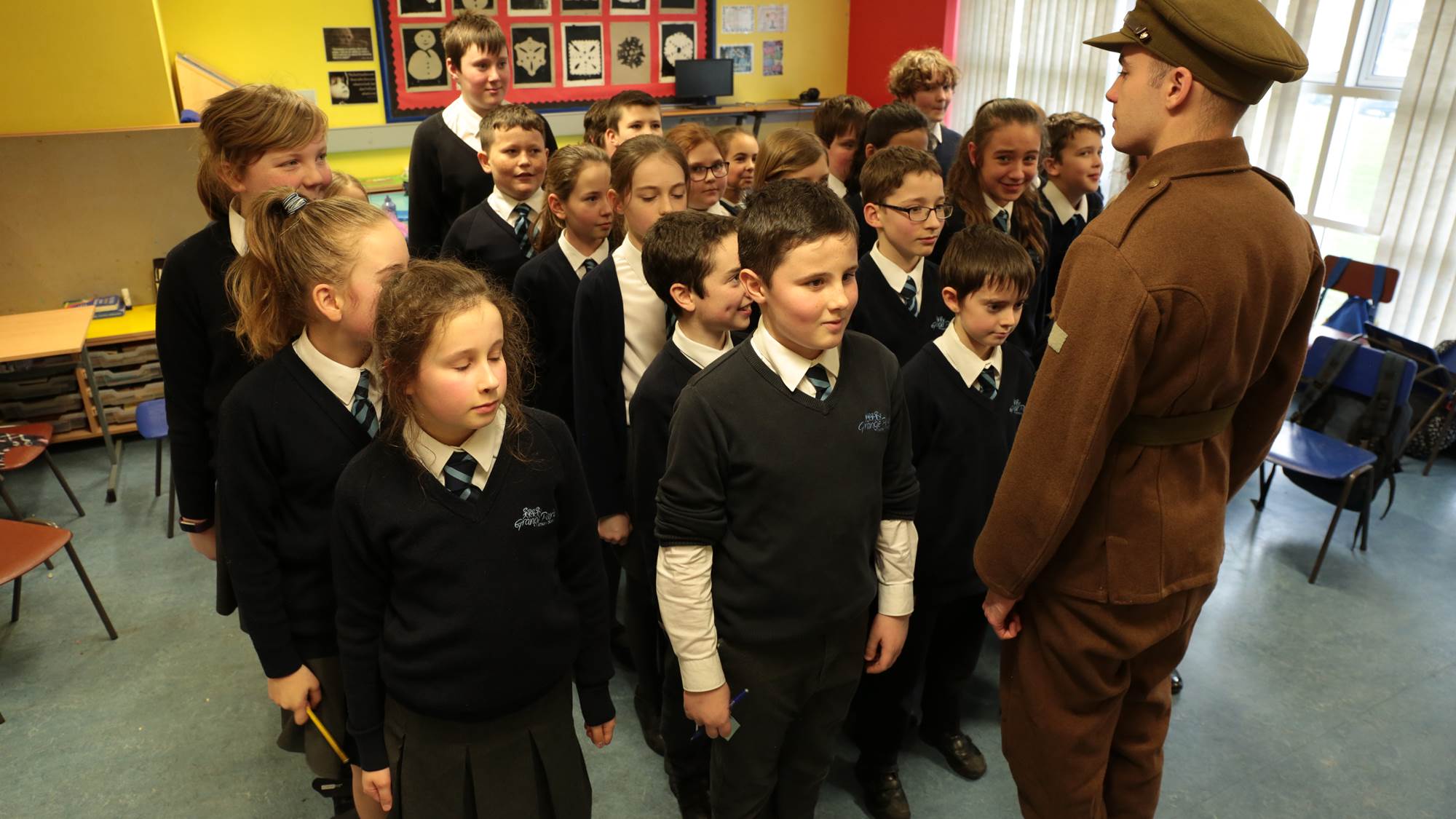 Children standing to attention during the workshop. 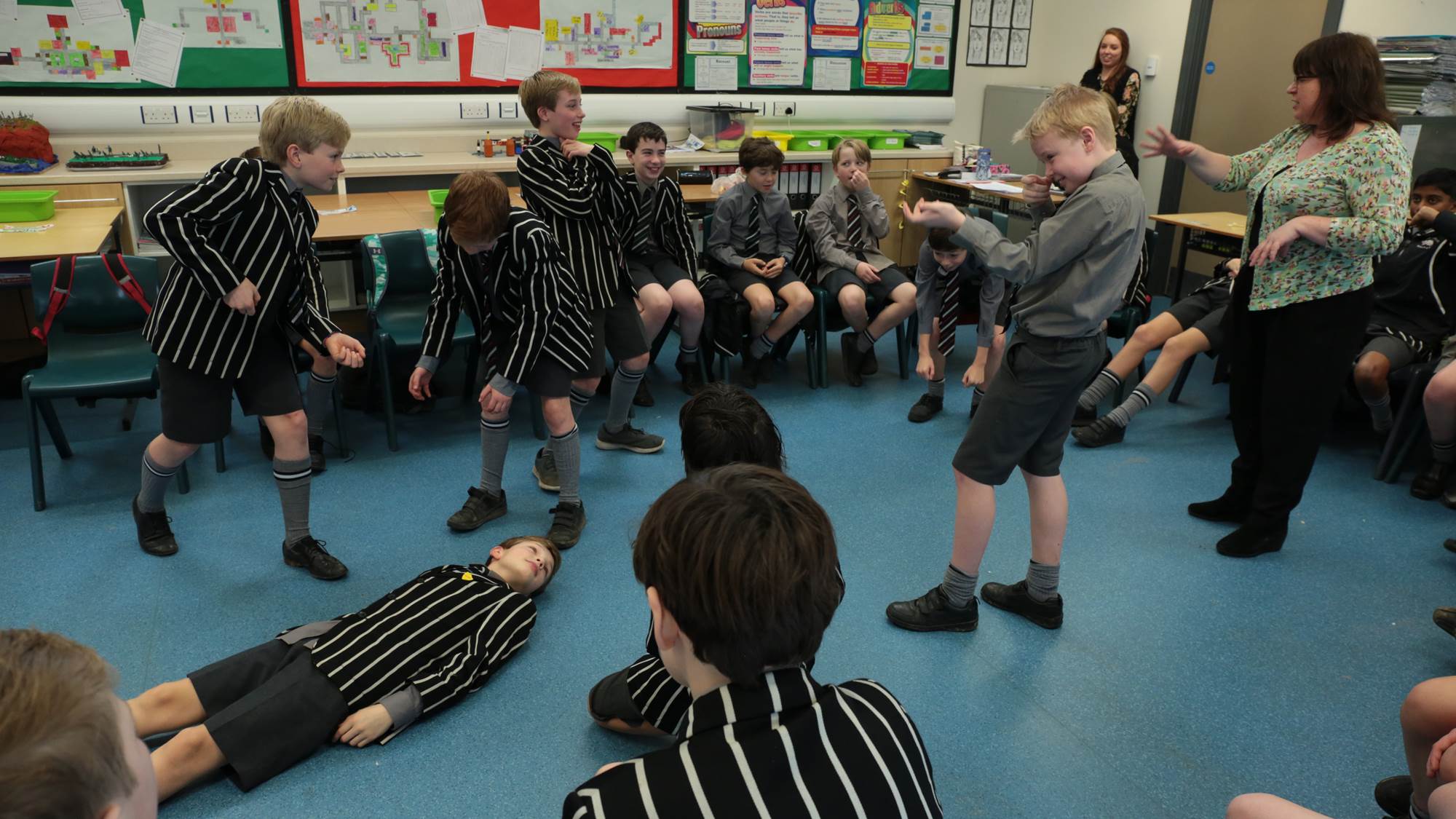 Children acting out scenes from their taubleauxs. 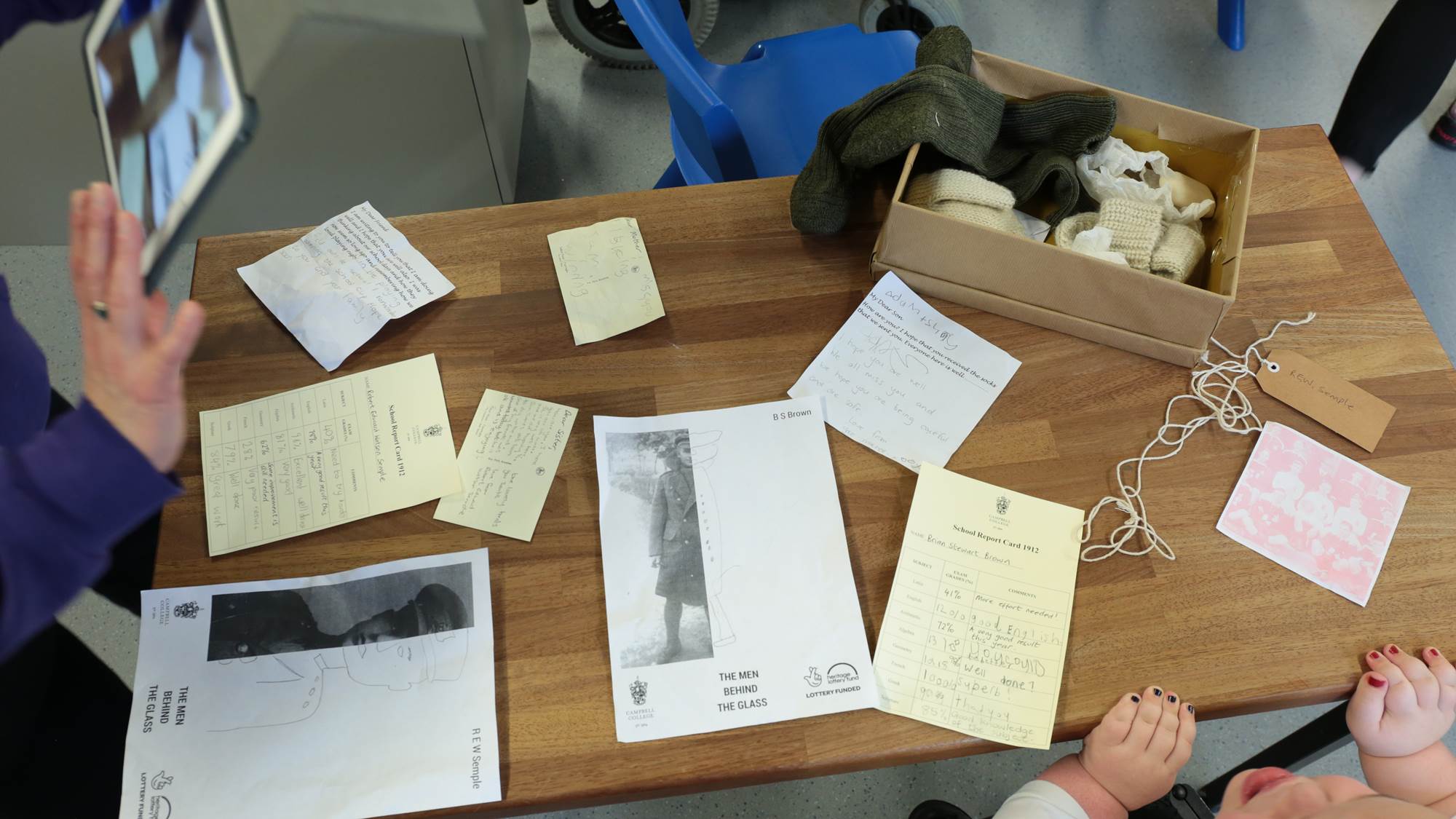 Box of things from Robert's life such as a report card and postcard. 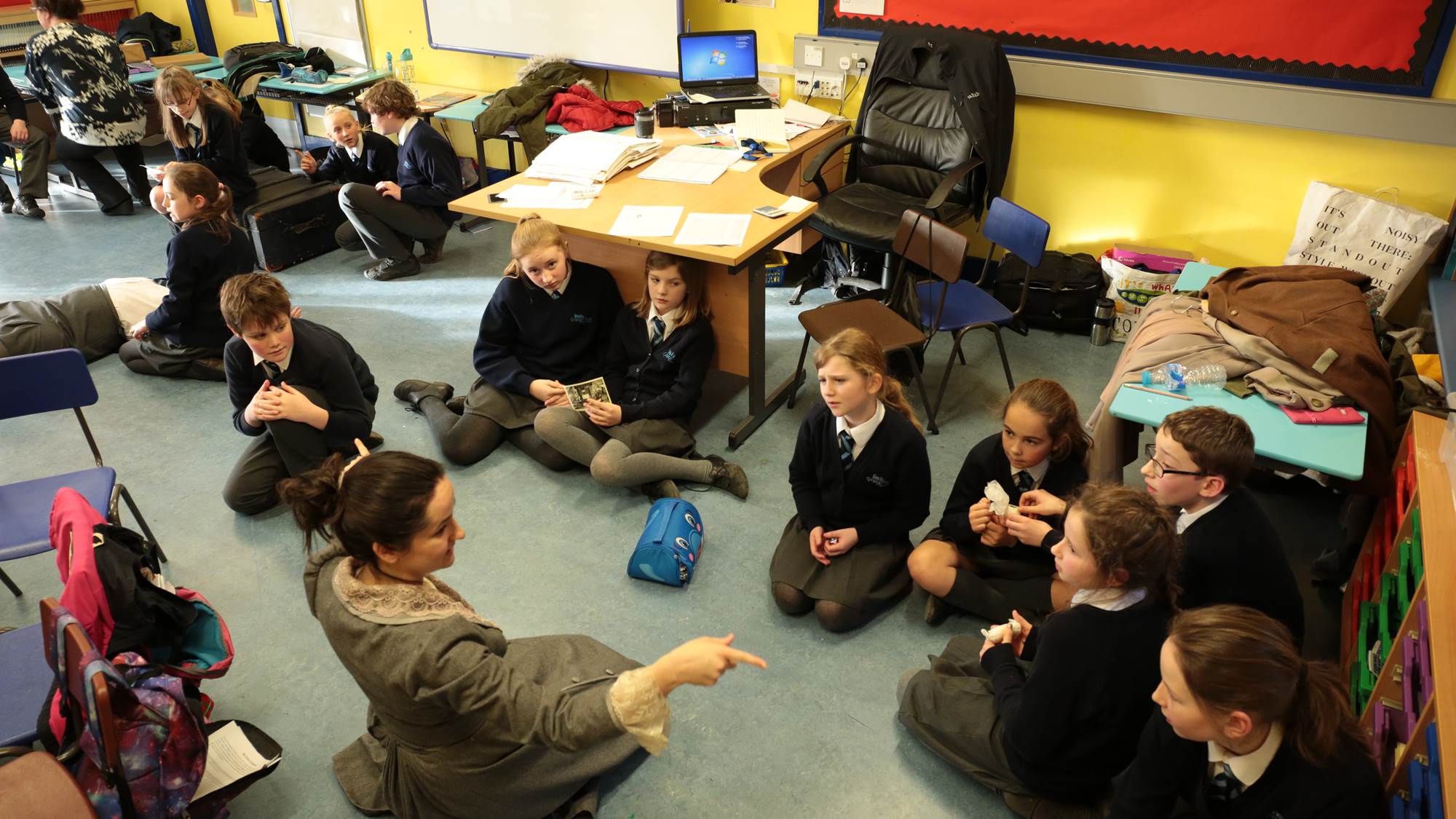 Children interacting with Miss Boal, one of the characters played by the actors.