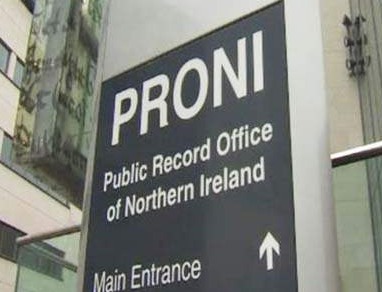 The new workshop will use records from the De Wind family, some of which are held at PRONI, to explore the story of Edmund and his sister Edith during the Great War. The two-hour workshop aims to develop the skills and knowledge of pupils aged between 11 to 14 in researching, using primary records and understanding the historical context of the time.

Edmund De Wind as a pupil at CCB during the 1890’s. He emigrated to Canada to work as a bank clerk but joined the Canadian army on the outbreak of war. He was later commissioned into the 15th Royal Irish Rifles and later posthumously awarded the Victoria Cross for his gallantry during the German spring offensive in March 1918. 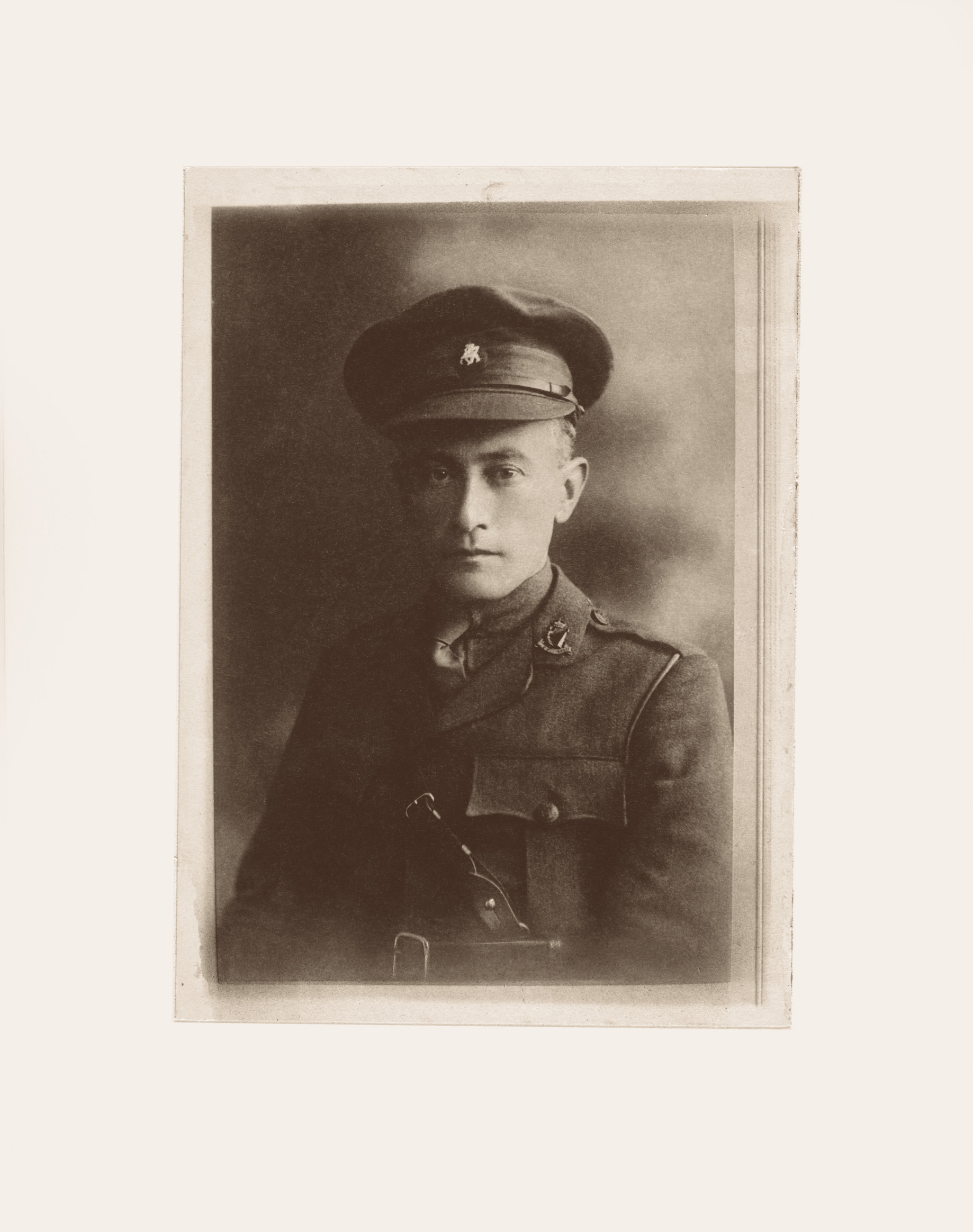 While Edmund is well known, his sister Edith is less so, but her war story is just as interesting. She was much older than Edmund and was remarkable by Victorian standards in that she attended the University of Edinburgh in 1887. Edith eventually became a registered nurse and saw active service working with the Friends Ambulance Society and the British Red Cross during the war. 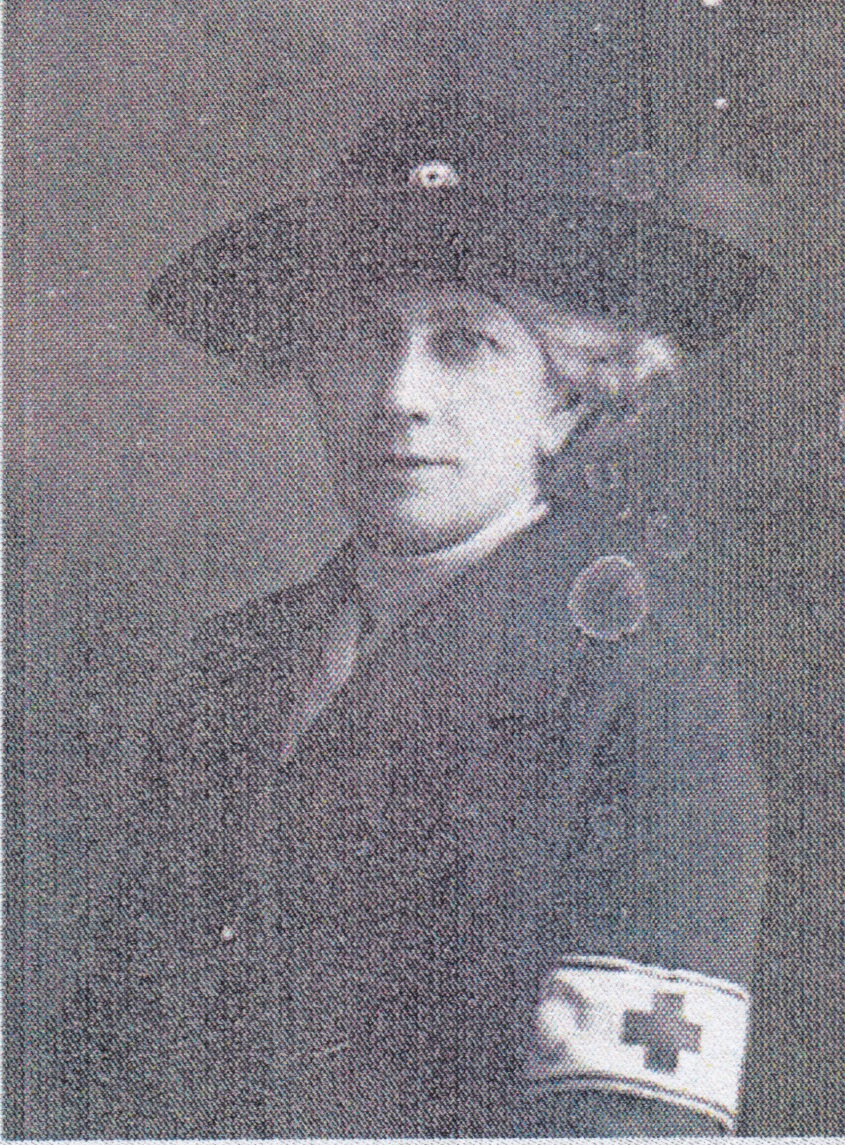 PRONI is aiming to run the workshops over the next few months. Workshops can be booked by contacting Kirsty Conlon on proni@communities-ni.gov.uk. Further information is available on the flyer below. 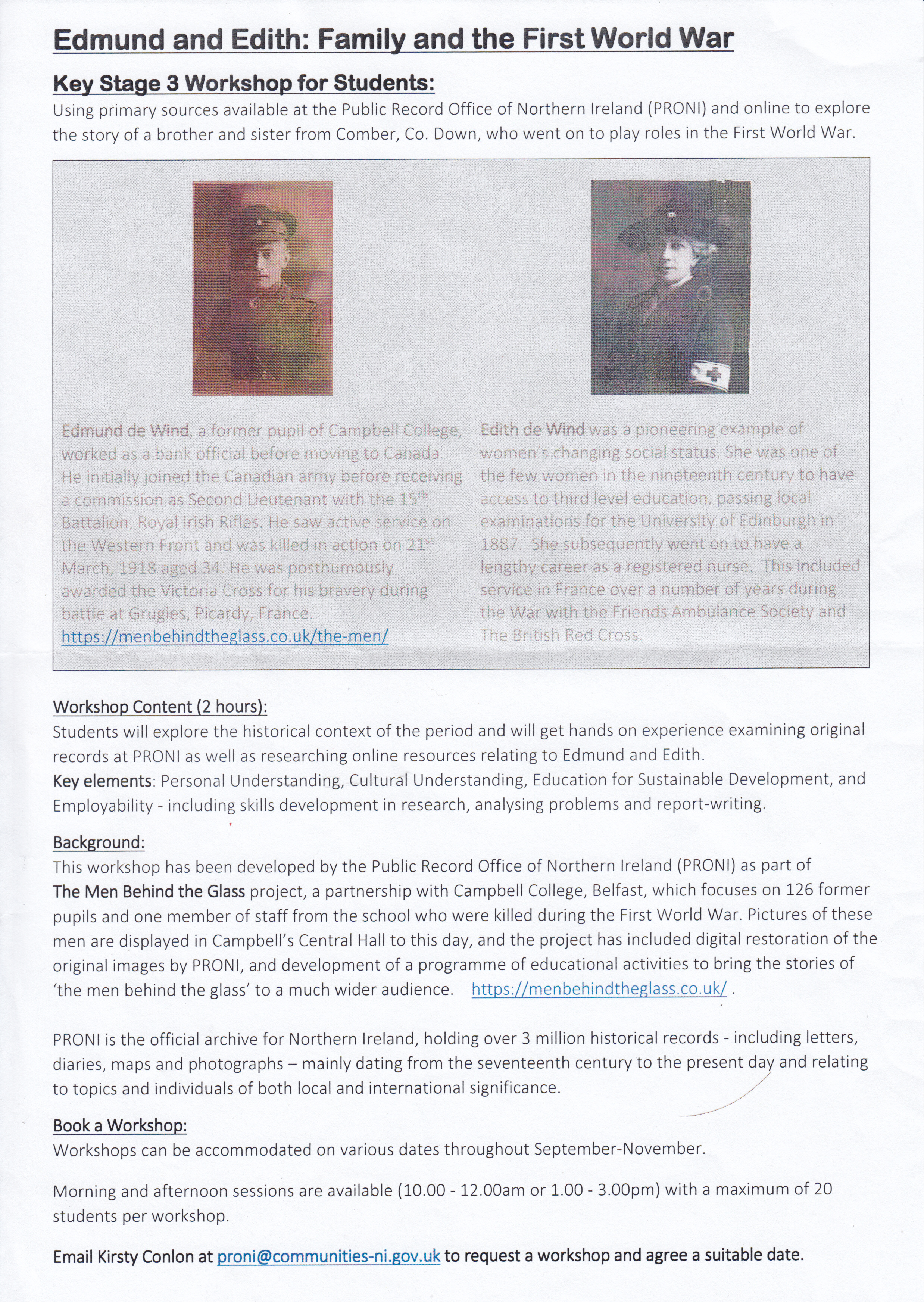 Details of the PRONI workshop