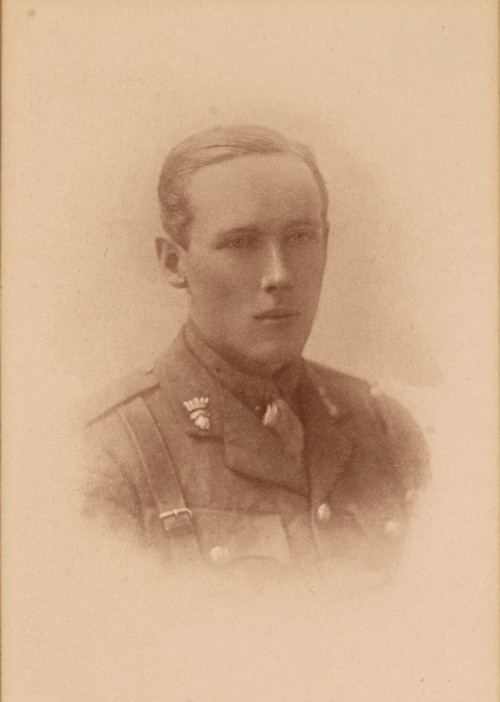 Cecil was the son of L.B. Barker of 'Ardenza', Donegal Park Avenue, Belfast. He entered CCB in September 1906, following his brother Ernest (OC 363), who had entered CCB nine years earlier and would become chaplain to the 36th (Ulster) Division.

John left CCB in 1912 and went to Trinity College Dublin and was part of their officer training corps. On the outbreak of war, he was commissioned into the Royal Irish Fusiliers. He was killed in action with the 6th Battalion while serving at Gallipoli in fighting to take Hill 70 on 17 August 1915. He is commemorated on the Hellas Memorial, Turkey.