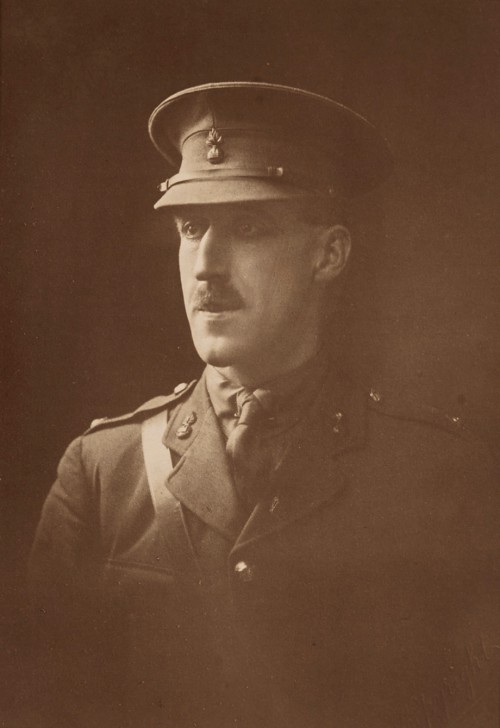 Edward was the second son of W J Mackenney and Mrs. Mary Mackenney of Eastbourne, Coleraine. He attended Coleraine Academical Institution before entering Campbell from November 1894 to July 1899.

Edward emigrated to Canada in 1905 and enlisted with the army in 1915. He is known to have been involved in fighting at Vimy Ridge, after which he was recommended for a commission. He returned to Britain for officer training and was subsequently attached to 6th Battalion, Royal Inniskilling Fusiliers.

He returned to France in June 1917. In October 1918, he was again involved in heavy fighting at Honnechy, and seriously injured in the arm, on the 17 October 1918. He had refused treatment, and on 18 October 1918 went out with men and captured a machine-gun nest. While the Germans were surrendering, a shot was fired at them, to which they retaliated with bombs - one of which hit Mackenney on the chest, causing instant death.

Edward is buried Honnechy Cemetery, plot 2, row C, grave 49. His family worshipped at Dunluce Presbyterian Church, Bushmills - there is a plaque to him in the church and at Coleraine Academical Institution.