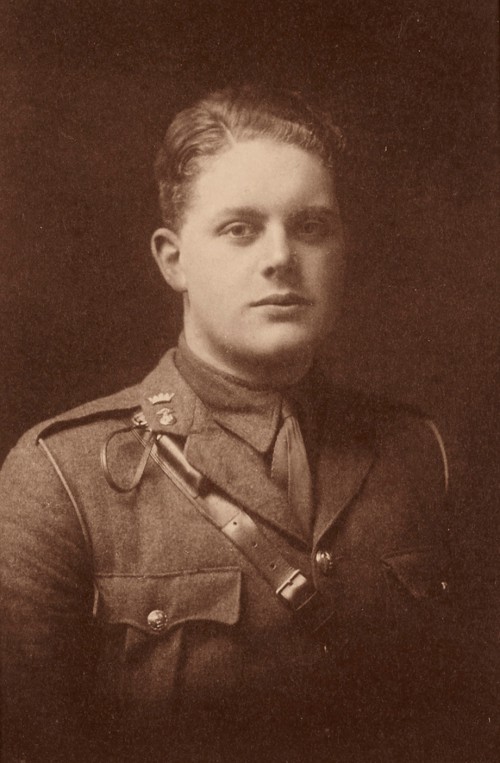 Edwin was born on the 29th January 1896, the son of Edwin Happer Kertland and Meta Blow Kertland, of 'Dunnimarle', Knockdene Park, Belfast.

He entered Campbell College in 1909, leaving in 1912, progressing to Queen's University Belfast where he joined the OTC. He then became an apprentice Manager within the Linen trade.

Edwin was commissioned on the 5 August 1914 to the 3rd Battalion of the Royal Irish Fusiliers, training in County Donegal near Fannad Head (possibly Finner Camp). Edwin is recorded to have been killed in action on the 16th June 1915 at Bellewaerde Farm, aged 19. He is commemorated on the Menin Gate Memorial, Ypres.