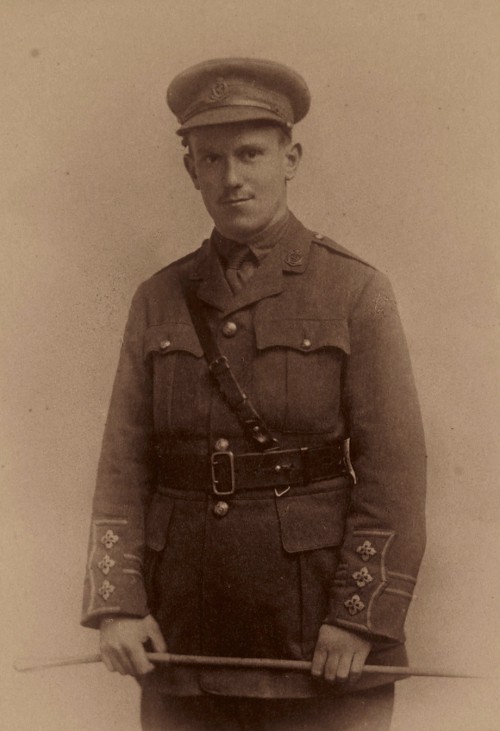 John was the son of James Anderson of 'Roselawn', Banbridge. He entered CCB in September 1902, following his older brother, Thomas Norman Anderson (OC 540). On leaving the College, John read medicine at Edinburgh.

He was killed on 21 March 1918, while working as a medical officer attached to 1/6th Battalion, Black Watch (Royal Highlanders). He is commemorated at the Arras Memorial.

He was killed on the opening day of the German Spring Offensive. He was attached to the 1/6th (Perthshire) Battalion, Black Watch. This was a territorial formation and in March 1918 it was part of 153rd Brigade in 51st (Highland) Division.

The Division was in the Cambrai area when the attack fell. The Germans decided not to attack it frontally but instead infiltrated round its sides while shelling it with gas. The pressure on the division grew as the fighting intensified and from early evening on the 21st March, the Division began a fighting withdrawal which took it through Beaumetz, towards Bapaume. Divisional losses were put at over 4,900 men.[1]