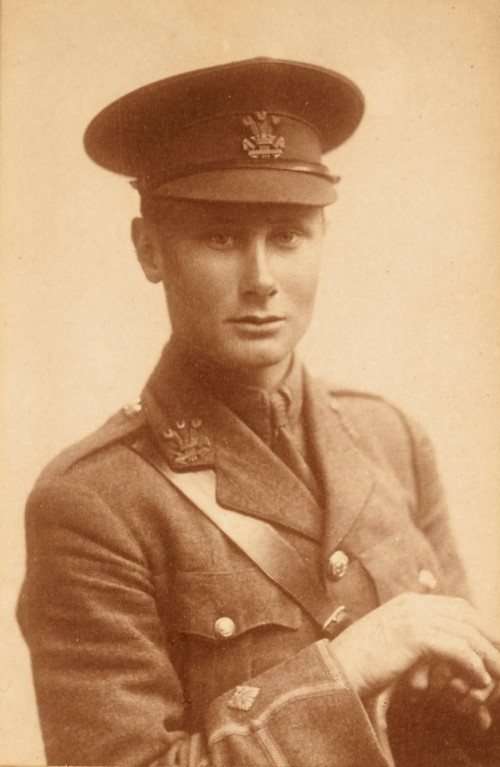 Born on St Patrick's Day, 1894, Son of the Rev. Samuel and Flora Margaret Hemphill, of Drumbeg Rectory, Dunmurry, Co. Antrim. Born at Birr, King's County. Richard joined Campbell in 1909 where he was a member of the OTC, later becoming a medical student at Trinity College, Dublin.

He was an active member of the Student Volunteer Missionary Union, serving on the Irish Committee, and in April, 1914, volunteered for missionary work, being Superintendent of Fishamble Street Mission, Dublin.

Richard was gazetted 2nd Lieutenant, 6th Battalion, Leinster Regiment, 10 December, 1914; he served with the Expeditionary Force in France and Flanders from 19th May to November, 1915, being attached to the 1st Battalion, Leinster Regiment; and with the Salonika Army from Nov, 1915, when he was a Machine Gun Officer and for a short time in command of a Company. He became attached to the RFC in Egypt in Feb, 1917, and was accidentally killed at Heliopolis, Cairo 24 March following, by falling out of his airplane. He is buried in old Cairo Cemetery (No 203, Section, F).

Lieutenant-Col, H. W. Weldon, 1st Battalion, The Leinster Regiment, now (1918) commanding 4th Battalion, Royal Berkshire Regiment., wrote: "For nearly a year he was under me - during 1915 - when I was Adjutant, and for a short time his Company Commander, and I can honestly say I never knew a more conscientious, capable or pluckier soldier. He was loved by his men, and had he been spared, I feel sure he would have made a great name for himself, if opportunity occurred. I think he was one of the nicest boys I ever met, and one I shall never forget."

Major T. R. A. Stannus, D.S.O., 6th Battalion, The Leinster Regiment (since died of wounds): "My recollections of your boy Pat are most vivid. He was a great favourite with us all, and was deservedly loved. His fine example stood out, and you have reason to be proud of your son. He was a fine man in every sense, and was, in addition, not afraid to conform to his high principals."

Capt. T. D. Murray, 1st Battalion, The Leinster Regiment., also wrote: "Your sorrow is shared by all of us out here. There was no one better liked in the Battalion."

He is buried at Cairo War Memorial Cemetery, Egypt, Grave F.203. The inscription on his grave reads "'Seek ye my face' my heart said unto Thee 'Thy face Lord I will seek.'"