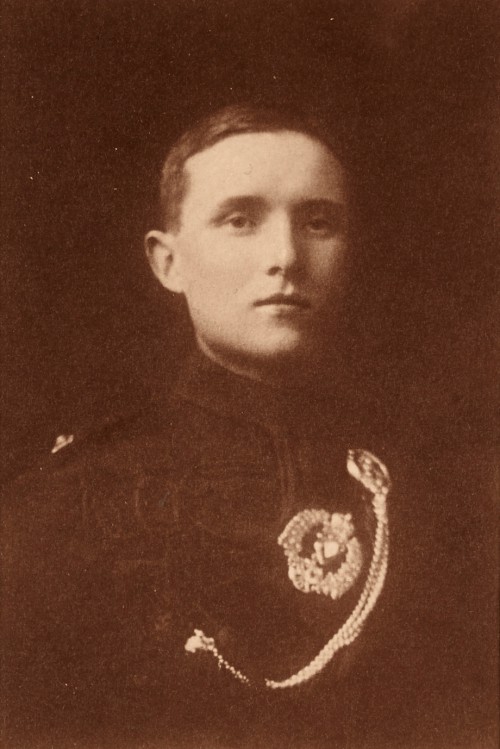 Vivian Trevor Tighe was born on the 17th August 1891. It is thought that he was the first OC to be killed in the First World War, 25th October 1914.

He entered Campbell College in September 1905, later to Queen's University Belfast studying for a BA in Logic Metaphysics and History of Philosophy. The supplement to Irish Life, 4 December 1914, reported that he worked enthusiastically in the Scout movement.

Gerald Achillies Burgoyne, wrote a diary of the Royal Irish Rifles occupation of trenches just south of Ypres in the winter of 1914/15. He records [December 16th 1914]: "Rea in the 4th Battalion lost his life because he would leave his trench during the day instead of waiting till nightfall." Vivian is buried at Guards Cemetery, Windy Corner Cuinchy Pas de Calais France.

The Impact of Loss