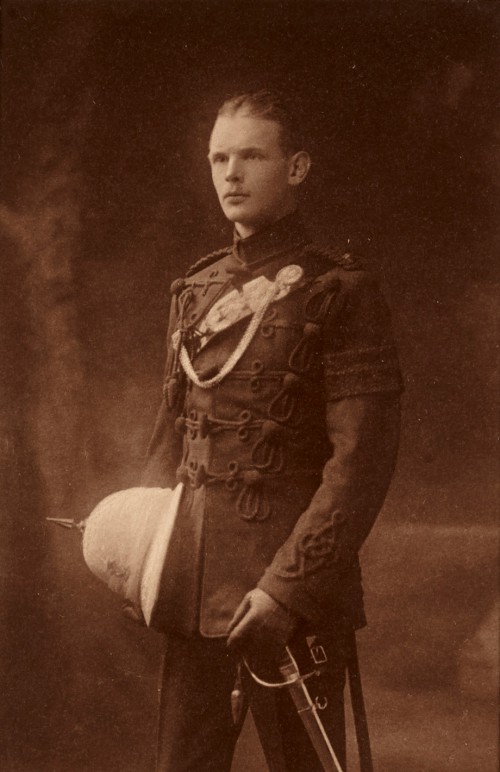 Served with both the 1st and 2nd Battalion, RIR

William was born on the 3rd of June, 1889, the son of Francis Lochyier Burges of Irwin House, Irwin River, Western Australia He started his education at Clonmel Grammar School then spent a short time at Campbell, entering the college in 1903 before moving to the Royal School Armagh. There was some suggestion that he may have been expelled from Campbell.

William's military career began in 1908 when he enlisted to the RMC attending Sandhurst. Prior to WW1, William was 2nd Lieutenant of the 2nd Battalion RIR, known to have been attached to the Indian Army at Kamptree in 1910. He is then recorded to have been with the 1st Battalion RIR on 20 April 1911.

By 1914 William had been promoted to Lieutenant, being 'Mentioned in Dispatches' 04/04/1915, 'for gallant and distinguished conduct at Neuve Chapelle'.

William's military career was sadly ended when he is reported to have been killed in action at the Somme on 18 September 1916. He is buried at the Royal Irish Rifles graveyard, Laventie, Pas de Calais, France.