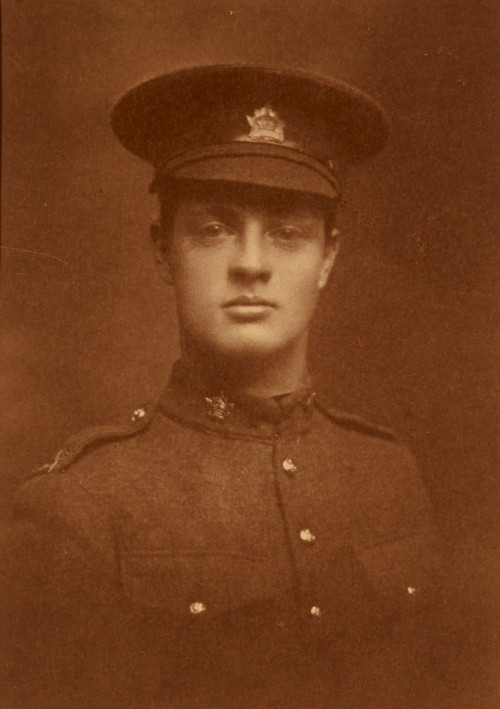 William was born on 2 February 1893 at Carnone (between Lifford and Stranorlar), Co Donegal, where his father, Rev John Robert Bartley, was the Presbyterian minister. When William was ten years old, the clergyman moved to the manse at Tralee, from where he sent the boy to CCB. He attended CCB from September 1906 until December 1910.

After CCB, Bartley immigrated to Canada and became a bank clerk with the Imperial Bank of Canada, eventually settling (it would appear) in Portage la Prairie, a town mid-way between the two largest Manitoban cities of Winnipeg and Brandon.

Bartley enlisted in his new home town on 24 August 1915, within days of the formation of 79th Overseas Battalion of the Canadian Expeditionary Force (CEF), known as the Manitoban Rangers, based in Brandon. The battalion was posted to Europe in June 1916, and eventually Bartley became a Sergeant in 52nd (New Ontario) Battalion of the CEF.

William was severely wounded in action on the 8th August 1918 near the village of Hourges, south-east of Amiens. He is recorded to have died of wounds on the 16th October 1918, and is buried at Tralee New Cemetery.