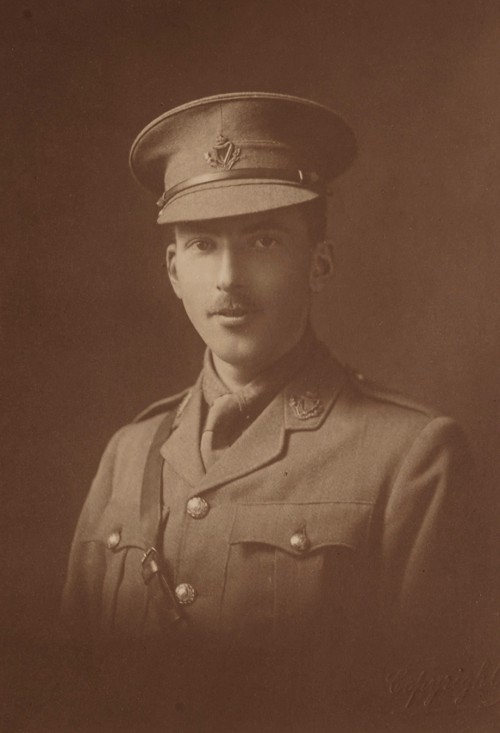 William was born on the 31st August 1891. He was the son of David and the late Maria Louisa Hamilton, of Ballina, Co. Mayo. He was the brother of Andrew Rowan Hamilton (OC685), but also had two other brothers killed in the Great War, Claude Cecil Hamilton on 16th of August 1917 while serving with 3rd Connaught Rangers attached to the 2nd Royal Irish Rifles and Hector MacDonald Hamilton, killed in Action on 22nd March 1918, with the 3rd Battalion Connaught Rangers, attached to the 1st Battalion.

William entered Campbell in September in 1906. He was married to Elizabeth D. (Betty) Hamilton, of 17, Salem Avenue, Toronto, Canada and recorded to have been a member of the 217 Masonic Lodge of Ballina. He is buried Dadizeele New British Cemetery, Belgium, Grave 11.D.6. The inscription on his grave reads "The glory dies not and the grief is past."