Intro to Commemoration, Legacy and Reflection

How were the Men Behind the Glass remembered and commemorated by grieving families, institutions and communities after the Great War? Families, Churches and Schools all remembered their fallen and today, 100 years later, the commemoration continues. Never Forget.

In November 1918, the Campbellian said ‘to all of us the end of the war has come as an unspeakable relief…Even up to the very last we suffered loss, and…we have to mourn for some who have fallen close to the goal. Their deaths seem all the sadder and have given us a deeper regret as we know how very near the end was, and how near they were to safety.’1

The Old Campellian Society and the school governors decided to launch an appeal for £5,000 to build a war memorial. The original intention was to erect a Celtic cross in the front quadrangle with a tablet in Central Hall.2 The original plan was abandoned because of the cost.3

A less expensive design was produced by OC Captain James Young (OC 533), who had served in the war, for a memorial in Central Hall. The scheme aimed to have two flanking figures representing life and death and included the symbols of the four provinces of Ireland. The memorial was sculpted by local artist Rosamund Prager. It was originally to be unveiled by Field Marshall Henry Wilson but his wife presided as he was murdered by the IRA in July 1922. The ceremony was held in July 1923.4 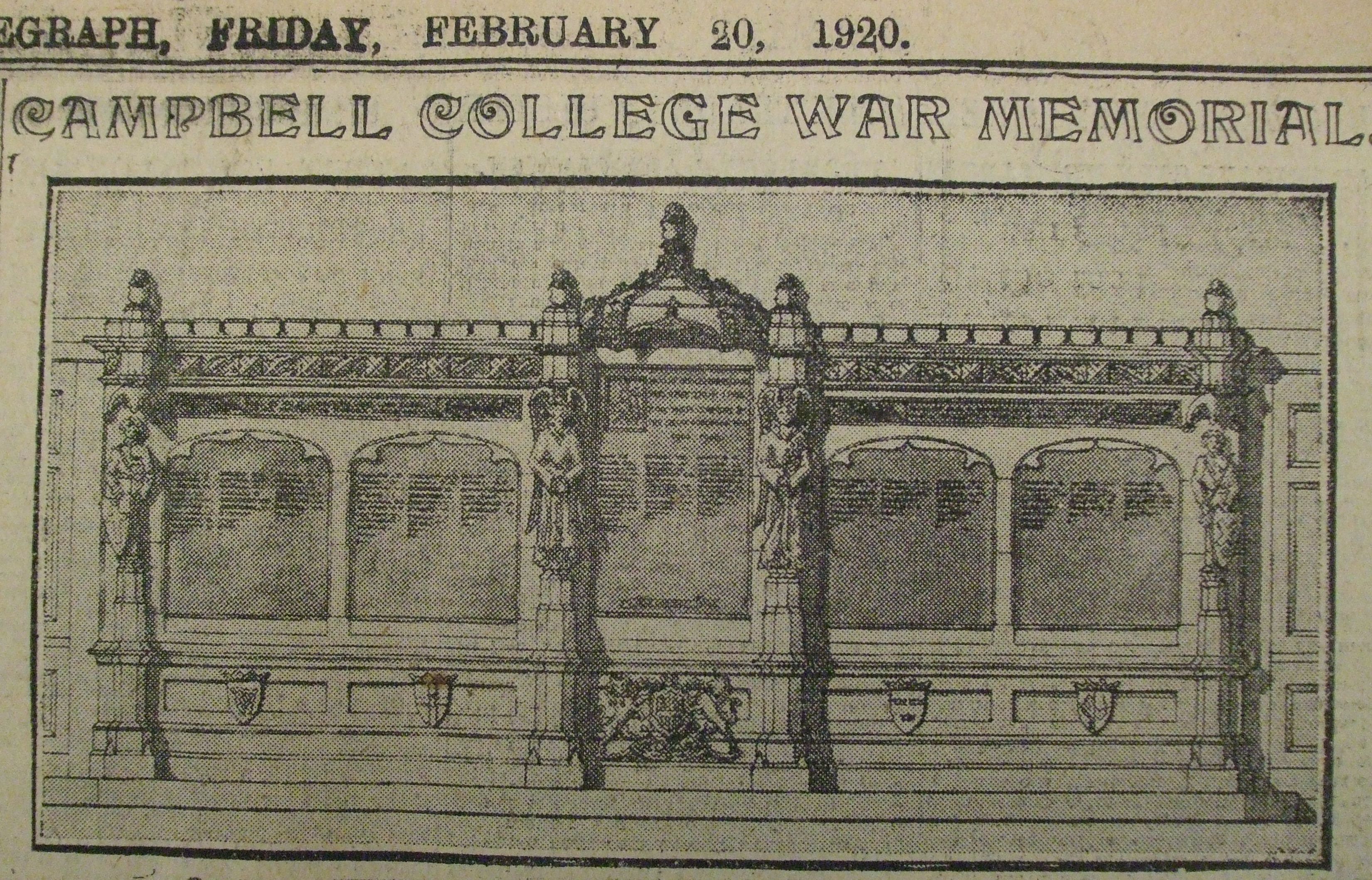