From around the creation of Campbell College in the early 1890's up to the outbreak of the First World War, Edwardian society had become increasingly interested in military ideals and values. There was an explosion of boys' associations such as the Boy Scouts (1907), Church Lads' Brigade (1891) and the Boys' Brigade (1883) where boys learnt drill, were taught field craft and wore uniforms. These organisations had a strong moral tone, promoted patriotism and ideas of service, citizenship, self-sacrifice, self-improvement and duty. They were hugely popular with the youth of Britain with one third of boys joining them between 1900 and 1920.1 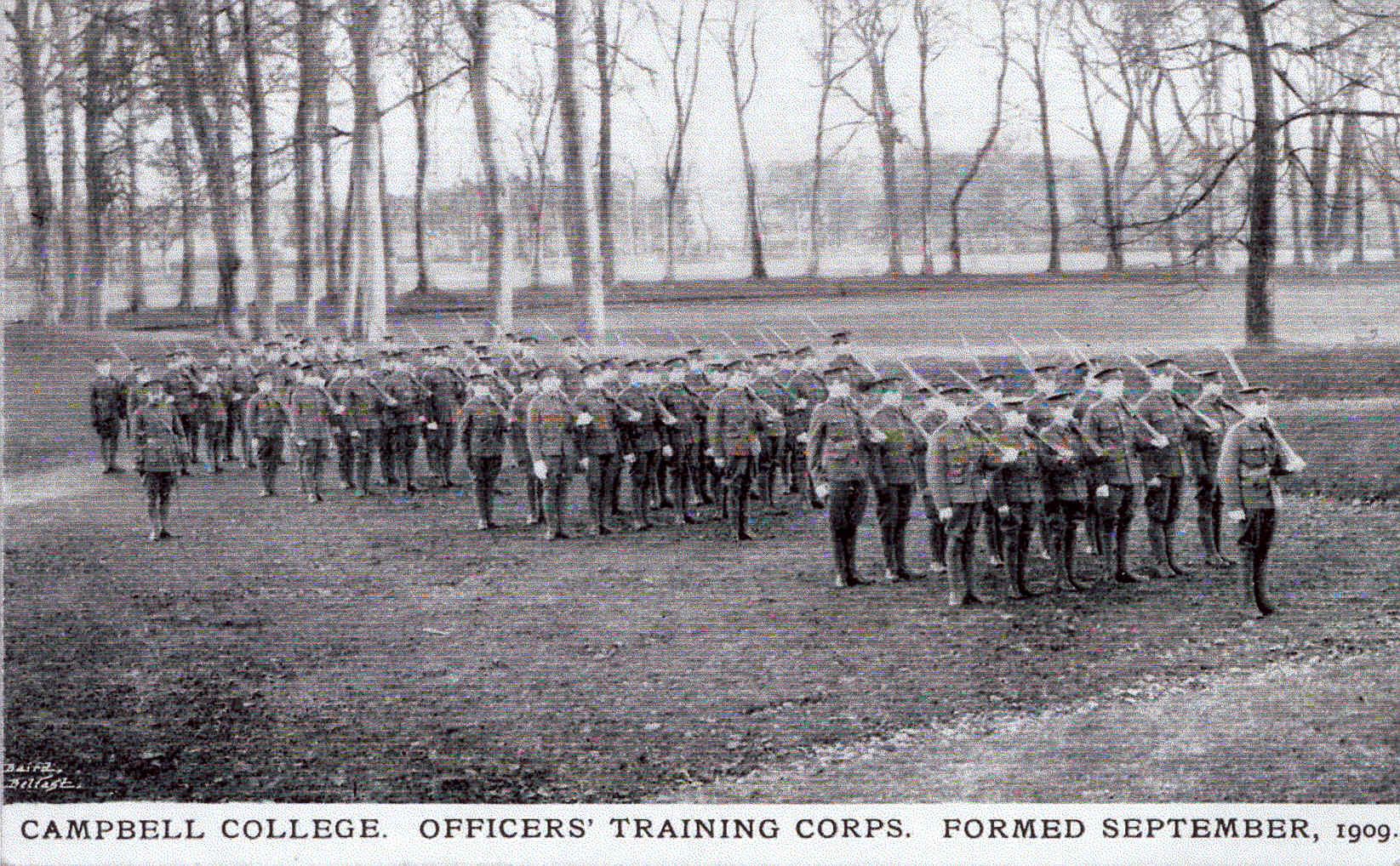 In parallel to this, Officer Training Corps (OTCs) were introduced in universities, as well as public and grammar schools, to teach middle class boys leadership and formal military skills such as musketry, map reading and route marching. In 1909, CCB was the first school in Ireland to establish an OTC.

The growth in this interest and support for military style organisations in both formal educational establishments, but also in youth organisations, was driven by two perceptions.

Firstly, people believed Britain's military performance during the South African War (1899-1902) against a band of guerrilla farmers (the Boers) was woeful; Britain needed to be better prepared for conflict. Fred Crawford, a governor of CCB from 1898 to 1952, who served in the Boer war, believed there was a major problem with the British army leadership. He wrote in his diary during the South African conflict (Boer War) that:

'...if I had my way...there would be some Colonels, if not Generals shot...The British officer is as a class a brave fool or duffer...ignorant of his profession...[and] they delight in their ignorance...It makes my blood boil when the incapacity of our Generals is seen. Lives, precious lives, the flower of our army sacrificed to ignorance, I say, culpable ignorance'.2

Secondly, linked to this, some commentators blamed Britain's poor showing during the war as a result of the poor quality of her manpower which had become weak through the industrialisation and urbanisation of the 19th Century. In 1900, people were shocked that of 11,000 recruits seeking to enlist in Manchester to fight in the Boer war, 8,000 were rejected as 'unfit for service' on health grounds3. Others believed the rapid growth of cities and the industries which dominated them caused a moral decline in the population towards effeminacy and weakness.

The answer for many people in society to these two problems was subjecting the youth of Britain and Ireland to the reforming and positive influence of military based activities and training which would bring discipline, self-reliance and patriotism.

The Headmaster of CCB, Robert MacFarland, believed the OTC had a positive impact on the boys at Campbell. Giving a talk at Speech Day in 1910 he believed that the OTC, which had only been running a year, had:

'already a marked effect on the bearing and demeanour of the boys who have joined it, but indirectly on the whole school...Respect for authority, habits of discipline and obedience, and of smartness and neatness must be of value to the boy where ever he goes. I have no doubt whatever that the corporate spirit engendered by the training will make the boys better men, better citizens, and better fitted to play their part in building the Empire'.4 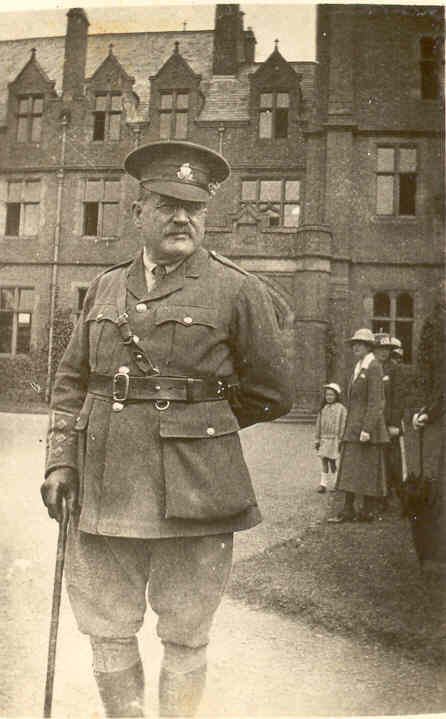 The OTC held their first annual camp in April 1910. The unit marched to Scrabo Tower and back to CCB and undertook manoeuvres.5 Four members performed honour guard duties at the Coronation of George V in April 1911.6 By 1913, the strength of the corps was 51 which included three members of staff.7