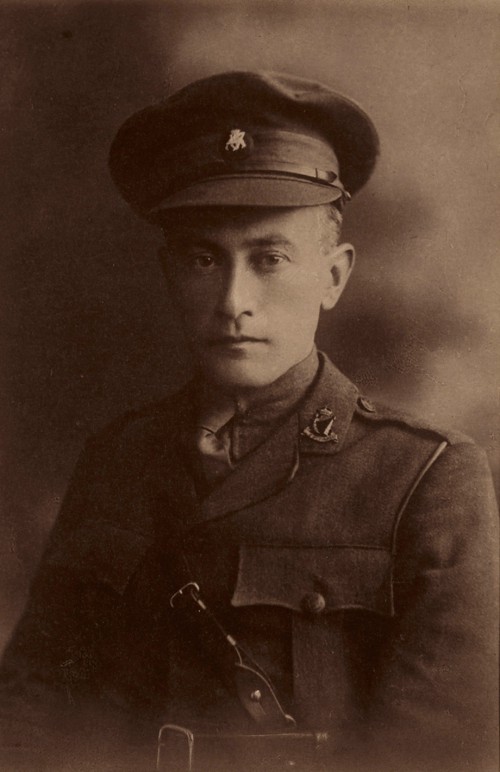 Edmund was the son of Arthur Hughes De Wind and Margaret Jane. His father was the Chief Engineer for the Belfast & County Down Railway and the family are known to have resided originally at Bridge Street, Comber until 1900 before moving to 31 Castle Street in Comber, subsequently building the family home known as "Kinvara" in 1908/09.

Edmund began his work life as a bank clerk at the Bank of Ireland, based in both Belfast and Cavan. In 1911 Edmund immigrated to Canada where he continued his banking career through employment with the Bank of Commerce, at locations such as Edmonton Alberta and Toronto.

He briefly enlisted in 1911 to the 2nd Regiment of the Queen's Own Rifles of Canada but only served five months with the regiment. In 1914, he again signed up, this time to the 31st Battalion Calgary Regiment, the 6th Brigade of the 2nd Canadian Division. The Division moved to the UK in May 1915 before being deployed to the Western Front in September 1914 by which time he was attached to the Machine Gun section.

Edmund survived many battles of the War, including -September 1915 – April 1917; fought at the Battles of, St. Eloi & Ypres; Thiepval, 1st July 1916; Courcelette, September 1916; Vimy Ridge, 1917; Messines and Cambrai 1917. In April 1917 he was moved back to the UK to the Officer Cadet School then after training on the 26 September 1917 he assumed the position of Commander of the 15th Battalion Royal Irish Rifles who were based at Dundalk. Edmund moved with the Battalion, back to the Western Front in December of 1917.

Edmund was killed in action on 21st March 1918 near Grougie, France. He was awarded a VC for his actions at the Racecourse Redoubt, South East of Grougie on 21 March 1918. His mother was presented with the award at Buckingham Palace on 21 June 1919. He is commemorated at Pozieres Memorial, Somme France. While having no known grave Edmund has been commemorated at numerous locations including -