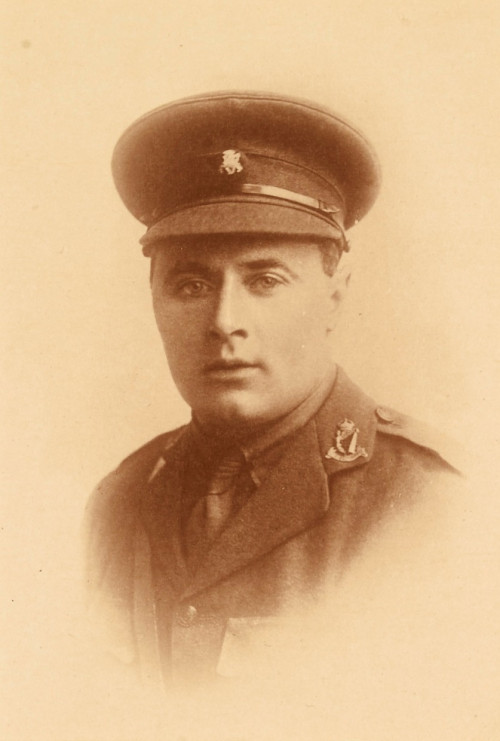 John was the son of James Gault, Gogry in County Antrim. He entered Campbell College in September 1902 after which he went on to work in the linen trade, located in Belfast.

John immigrated to British Columbia, and became a rancher but later returned to Ireland, gaining his Commission in October 1915 at which time he is recorded to have been with the 5th Battalion, Royal Irish Rifles.

On the 22 July, 1916 John moved to the 1st Battalion of Royal Irish Rifles, and was killed in action on the 24 October 1916. He is buried at Bancourt British Cemetery, Pas de Calais, France.