John Davis (OC 49) had become a priest at Buittle in Scotland. In 1908, he had married Madge Kernahan and they had raised a family of three children; John Sydney St. Inan (born in 1909), Arthur Douglas (1912) and Dorothy Doreen (1913). In 1916, Davis decided to volunteer for military service, believing it was his duty to lead by example having encouraged others to do likewise from his pulpit.4 He could have avoided enlisting on conscientious grounds as a clergyman and also as an Irishman, as Irish born men were exempt from conscription, but he decided to become a soldier. He joined the army as a private in the Royal Army Medical Corps (RAMC).5 On 24 September 1916, he departed for Mesopotamia (now modern day Iraq) to join the RAMC River Sick Convoy Unit following the advancing British Army from Basra to Baghdad.6 His formation was tasked with transporting sick and injured soldiers, via the Tigris River, from the battlefield to medical centres at the port of Basra.7 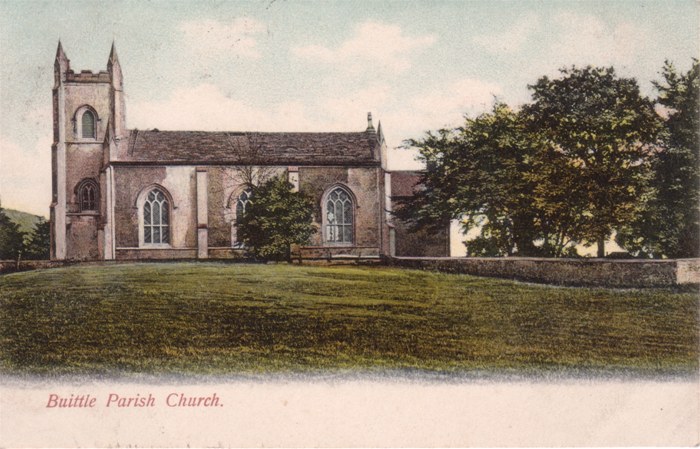 He wrote letters to his three children describing his life on active service. Themes included his observations of the world around him. In one letter, he described camels:

'One sees nearly every day along the banks and out on the desert long strings of camels. The camel is called the "ship of the desert" because he is so useful for carrying burdens across the great wider wastes of sand. One day, not long after I came here Mr Moore and I were walking down the road near Ashar and we were talking away to each other and suddenly somewhere above our heads there came a funny kind of noise like a big gr-rum-um-ph. We both jumped and looked up and there was a big, dark camel just behind us with his head just behind ours. You should have seen his driver laughing at us, and I think the camel was laughing too'.8

He also explained to his children his role:

'Well children dear. Papa is sailing up and down the great river Tigris in a big boat taking poor soldiers who have fallen sick or have got wounded to be attended to in our big hospitals. I wonder, could you guess what time it is that Papa is writing this letter to you? Well, it is just half past one in the night-time and there are still another five long hours before he can go to bed for it's funny that just now Papa goes to bed in the daytime just when other people are getting up and when they are in bed he is sitting up watching and listening; and every now and then he takes his lantern and walks around all the three big boats and sees that all the poor soldiers are as comfortable as possible. Sometimes, he has to help them up in their blankets, sometimes get a hot water bottle for them, or a hot drink, or some medicine, or a lot of other little things and in between times, he perhaps gets a few minutes to write a letter to Mama or Granny or you'.9

He also wrote about his journey down the river:

'Sometimes when we are coming hard down the river we get a sudden bump against the bank when rounding the corner or bend of the river. One evening we were sitting at dinner - we dine in the evening - and I was sitting on a meat block and the man beside me on the milk box, when bump, we went against the bank and poor Papa and the other man suddenly disappeared below the table. Didn't the others just laugh at us - and what is that I hear - did I hear something like you and Syd and Dorothy laughing, you young rascals - laughing at your Papa - wouldn't I just give you a hiding if I were near you!! But sometimes I get the laugh as I did a few nights ago, when the surgeon was having a game with us and he suddenly disappeared below the table too'.10

John Davis (OC 49) died of heatstroke at Amara on 22 July 1917. An website is dedicated to his service in Mesopotamia can be found here.