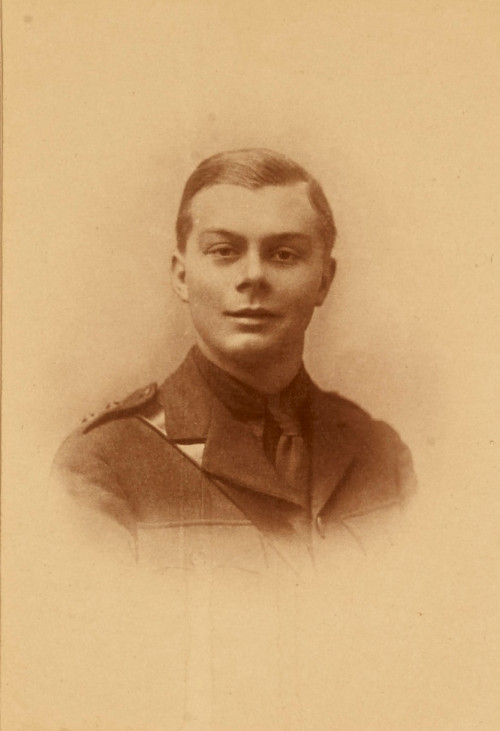 He was shot down by Manfred Albrecht von Richthofen, famously known as the Red Baron. His plane, an F.E.2b, was the 14th aircraft out of the 80 the Baron shot down during the war.