Life as a pupil at Campbell College one hundred years ago was very different from the experience of today’s school children. From the accounts left by OCs, it is possible to construct a flavour of what it was like. Key among them are the memoirs of Eric Dodds (OC 1023), who was at the school from September 1908 to his expulsion in April 1912 and the diary of Nelson Russell (OC 1200), who, aged 13, kept it for the whole of 1912. 1 2

When Dodds started at Campbell in 1908 there were around 200 pupils of which around 160 were boarders. He noted that the boarders regarded the day boys ‘contemptuously’ as ‘day dogs’.3

From Russell’s diary, it is possible to get an idea of what the average day was like for a boarder at Campbell.4 Dobbs said the school had a timetable which ‘so well organised that, in theory at least, no boy ever had half an hour to himself’.5

The normal time of rising was around 7am but on cold days they could lie in to 8am. Breakfast was at 8.30 and Russell reported a strange variety of dishes being served that included ‘horse and balls’ and ‘fallen eggs’. There is no indication of what these dishes may have been.6 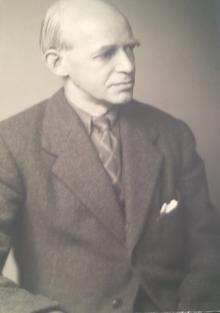 Lessons followed breakfast. The range of subjects that students took were very different from examines taken by children today. Russell in July 1912 had five days of exams where he took papers in Latin, English, Arithmetic, Algebra, Geometry, French, Literature, Greek and Scripture.7  Lessons ended about 4pm and the boys were expected to do their homework in the prep room.

After prep, many boys attended clubs and societies that were organised at the school, such as the Photographic and Camera Club.8 The Debating Society was one of the most vibrant clubs. It held debates on a wide range of serious and light-hearted subjects which included monarchism and republicanism, church and politics and conscription.9

Dinner followed this and was reported to be served as late as 9.30pm.

In 1908, there were 16 masters at Campbell, that gave a teacher/pupil ratio of around one teacher to twelve students.10 As a result, many pupils developed intense relationships with their teachers that were both positive and negative. The boys gave their masters nicknames. 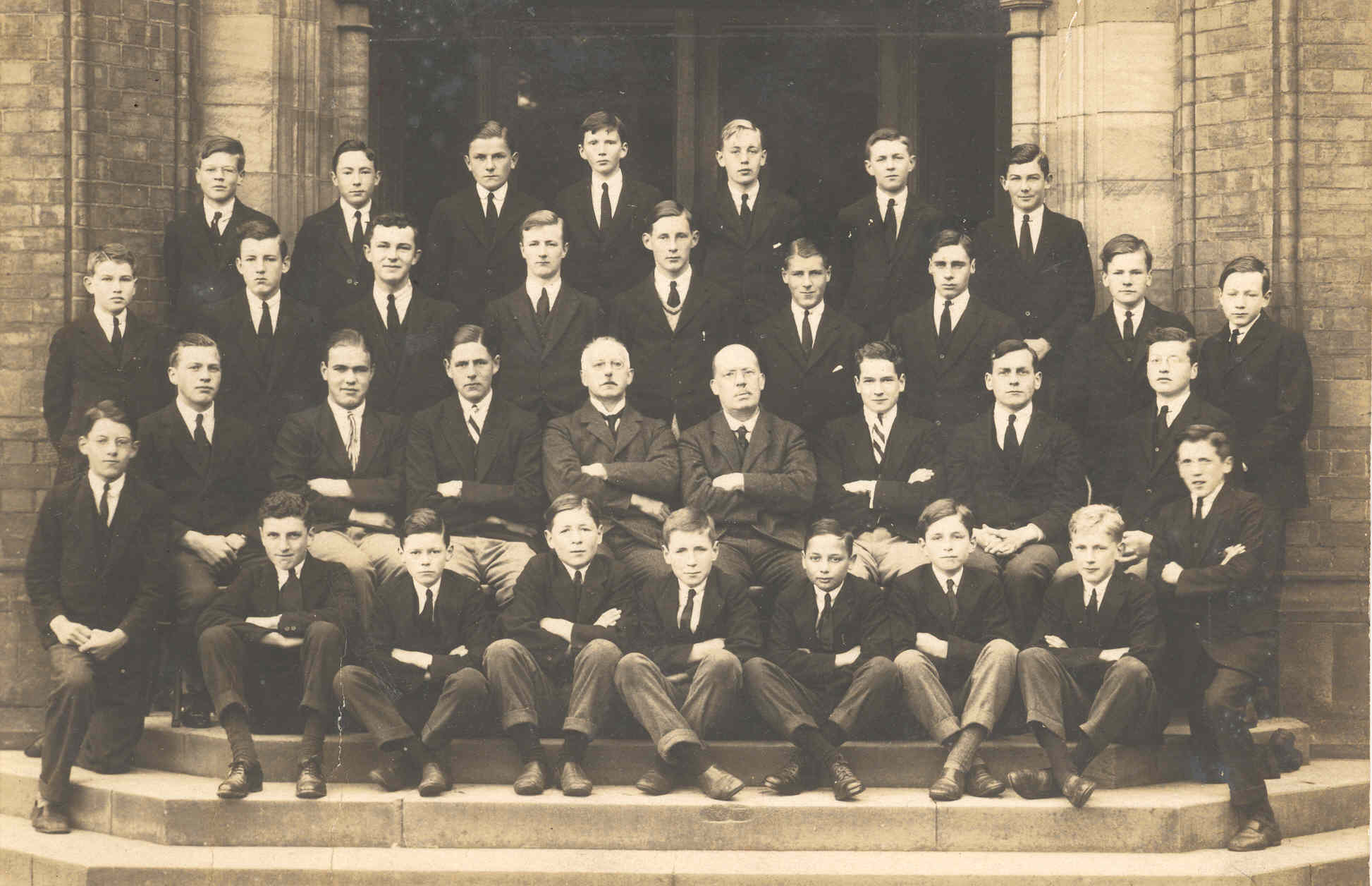 Alden's House, before the war

Corrie Chase, who taught modern languages, was known as ‘Chevy’ and classics master Lewis Alden was known as ‘Octie’, or ‘the Octy’, on account of his eyes would swell like those of an octopus when roused to anger.11

Senior maths teacher William Allison was known as ‘Julius’ given his Roman resemblance to Julius Caesar.12 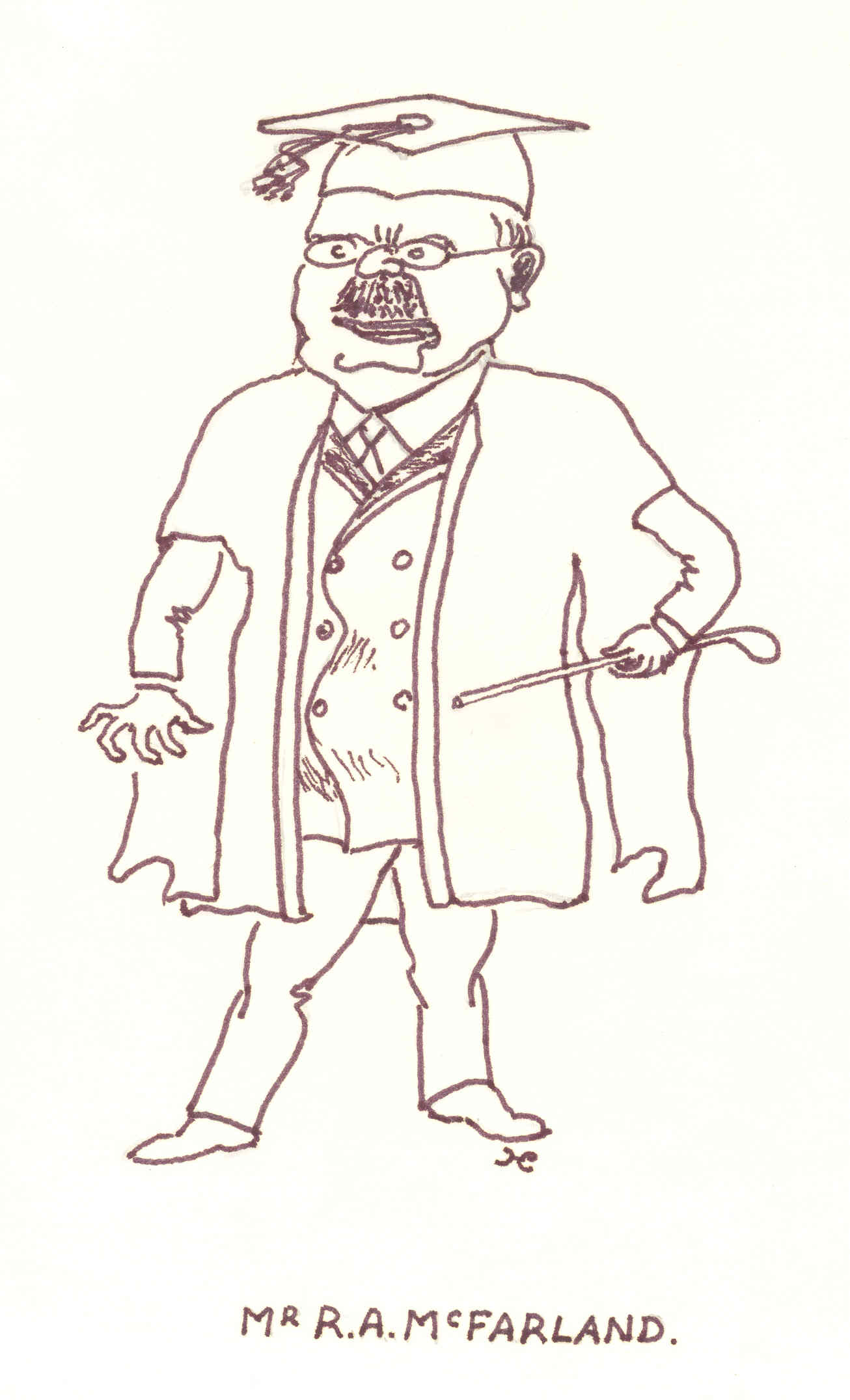 Many developed close and influential relationships. Eric Dobbs, who went on to be Regis Professor of Greek at the University of Oxford, recalled in his memoirs the relationships he had with two significant tutors, Lewis Alden and Roby Davis, the Sixth Form Classics master.

Dobbs said Davis ‘wielded the authority of a true scholar. It was he who first convinced me that Greek and Latin Literature was actually literature, i.e. something waiting to be enjoyed as well as construed…We disagreed thoroughly and enjoyably on almost all questions. His taste was classical, mine romantic, he respected religious belief as I did not; his political outlook was conservative while I was…a socialist…His criticism of my earnest but often crudely showy efforts was a perfect lesson in the technique and the good manners of controversy – how to use the rapier against the bludgeon and how to kill a bad argument’.13

The other teacher was Alden to who taught Dobbs ‘how to use words with discrimination, how to arrange a paragraph, how to argue in public without losing my head …[and] most important he lent me books from his personal collection’.14 Alden was also credited with inspiring Robert McConnell (OC 938) to become an ‘enthusiast for English and English Literature’ and to study it at university.15

Not all relationships were positive. Francis Knolleys Stokes (OC 1572) recalled that Raymond ‘Spitter’ Beaven ‘was a horrid, vindictive man, always on the prowl, anxious to catch out individuals. He took pleasure in inflicting punishment or getting pupils into trouble’.16 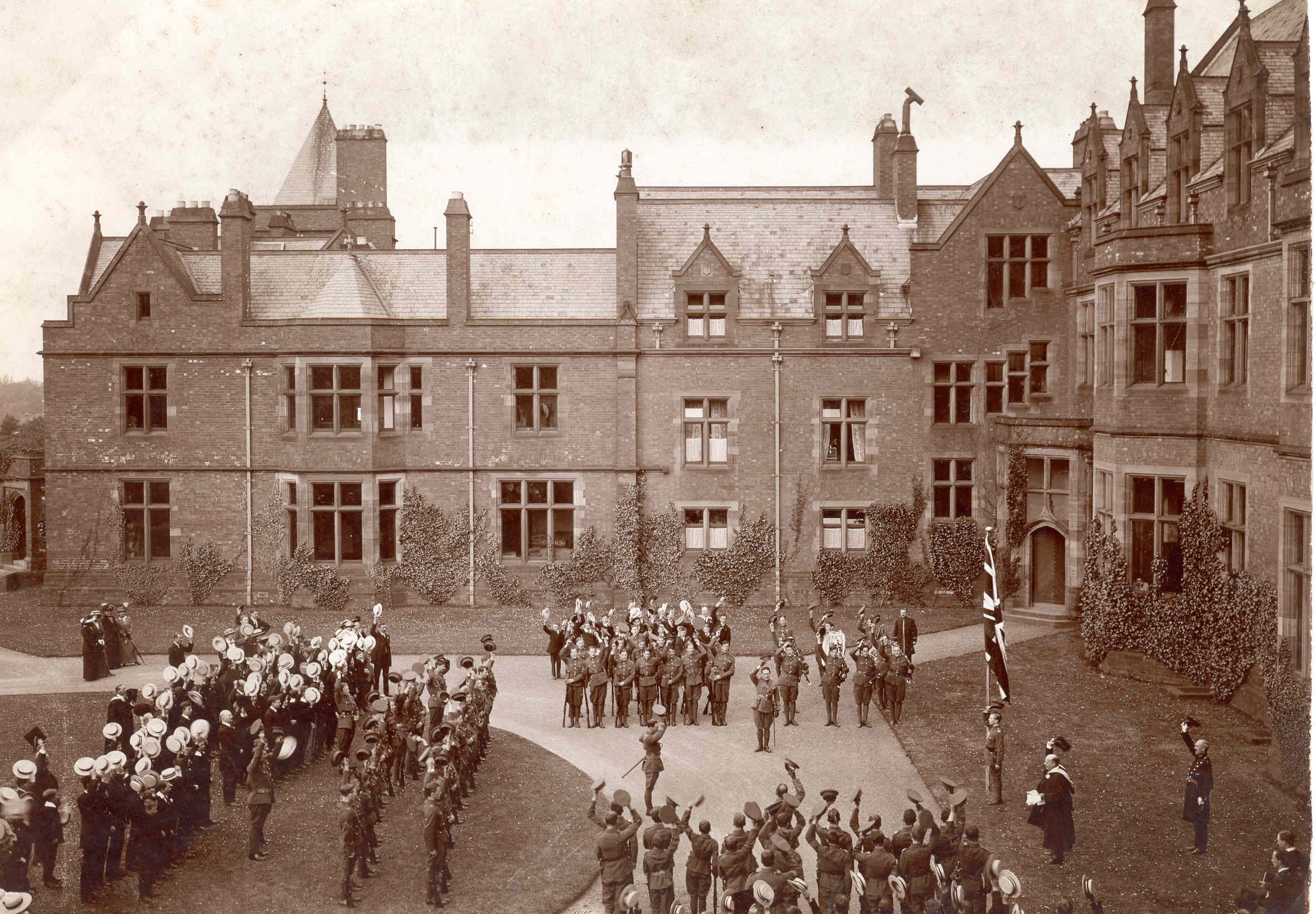 A key part of daily life at Campbell was the constant struggle of the boys against the ‘system’. Dodds described the school having a ‘distinctively Ulster ethos…a tradition of sturdy and often rebellious individualism’.17

Dodds said that William Semple (OC 913) and himself ‘took to smoking pipes…and experimented gingerly with alcohol stolen from the lab and placed in a homemade hookah’.18 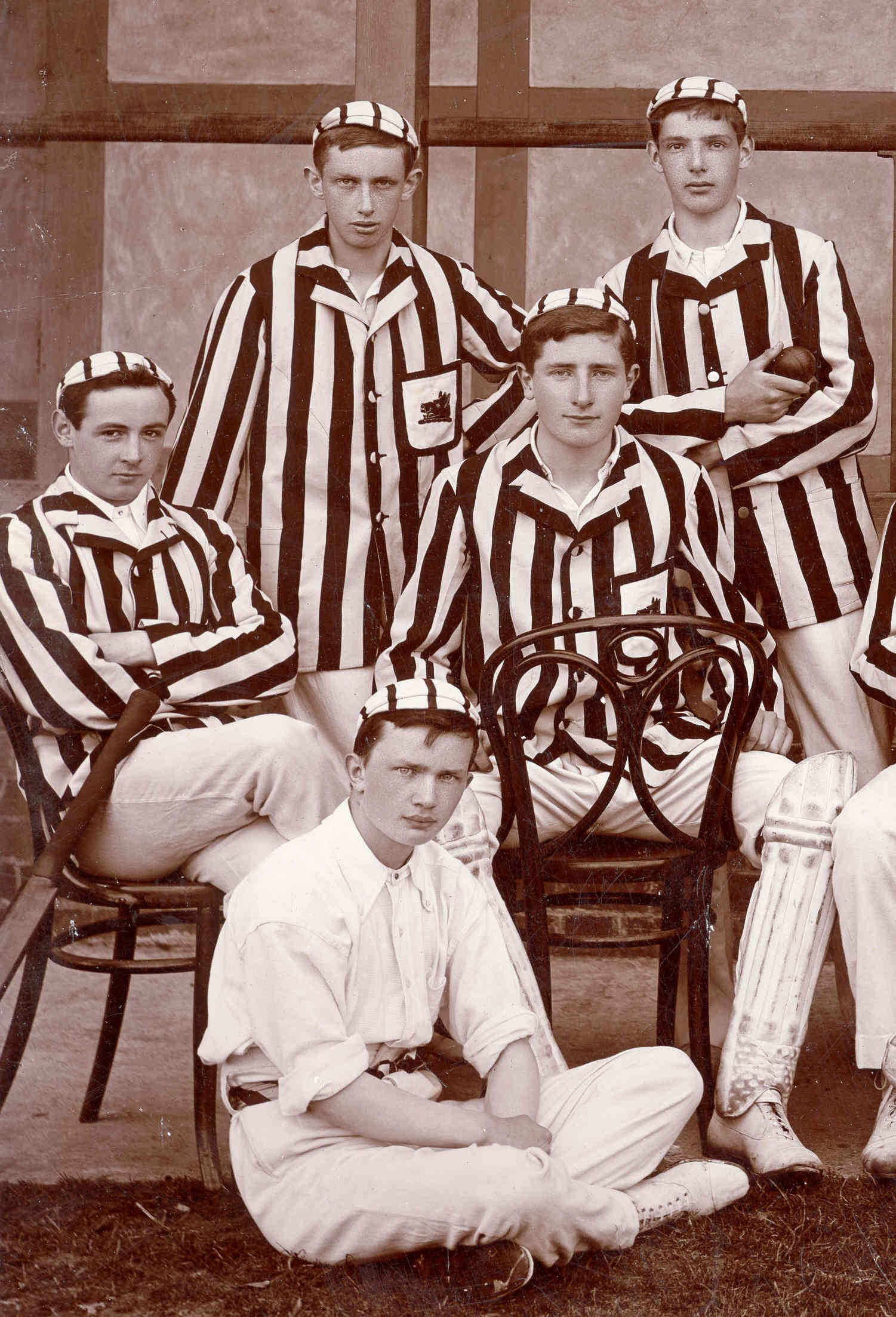 While the prefects, like Dobbs and Semple, rebelled against the rules, many of the boys rebelled against the prefects. On 9 March 1912, when Dodds, then a prefect, was on duty, he became a victim of Nelson and his comrades. Nelson recalled that he and his mates ‘had a great fight in the afternoon with elastic and paper pellets’ and gave ‘Mr Dodds’ a ‘bit of a time’. The noise was so loud that a master came up to see what the ‘row’ was about, suggesting that Dodds was poor at keeping order amongst his junior charges.19

Some sought to consort with the opposite sex. On Empire Day in 1912 (24 May), Mark McDonald (OC 1147), along with Frederick Newell (1096) and Robert Forde (OC 970), were ‘copped’ with girls. It was reported that they were ‘nearly expelled’ and Newell lost the captaincy of his house.20

Sport played a central part in most Edwardian public schools and CCB was no exception. In the first edition of the school magazine Touchstone (which was superseded by the Campbellian) the school adopted its sports colours: black and white.21 The importance of sport was highlighted at the first Speech Day in 1901. Headmaster Robert McNeill made the point that ‘it is now acknowledged that physical education is as necessary as intellectual and moral, and our athletics have been organised with the object of giving the exercise and recreation necessary to keep the body in the best condition for doing their fullest mental work.’22 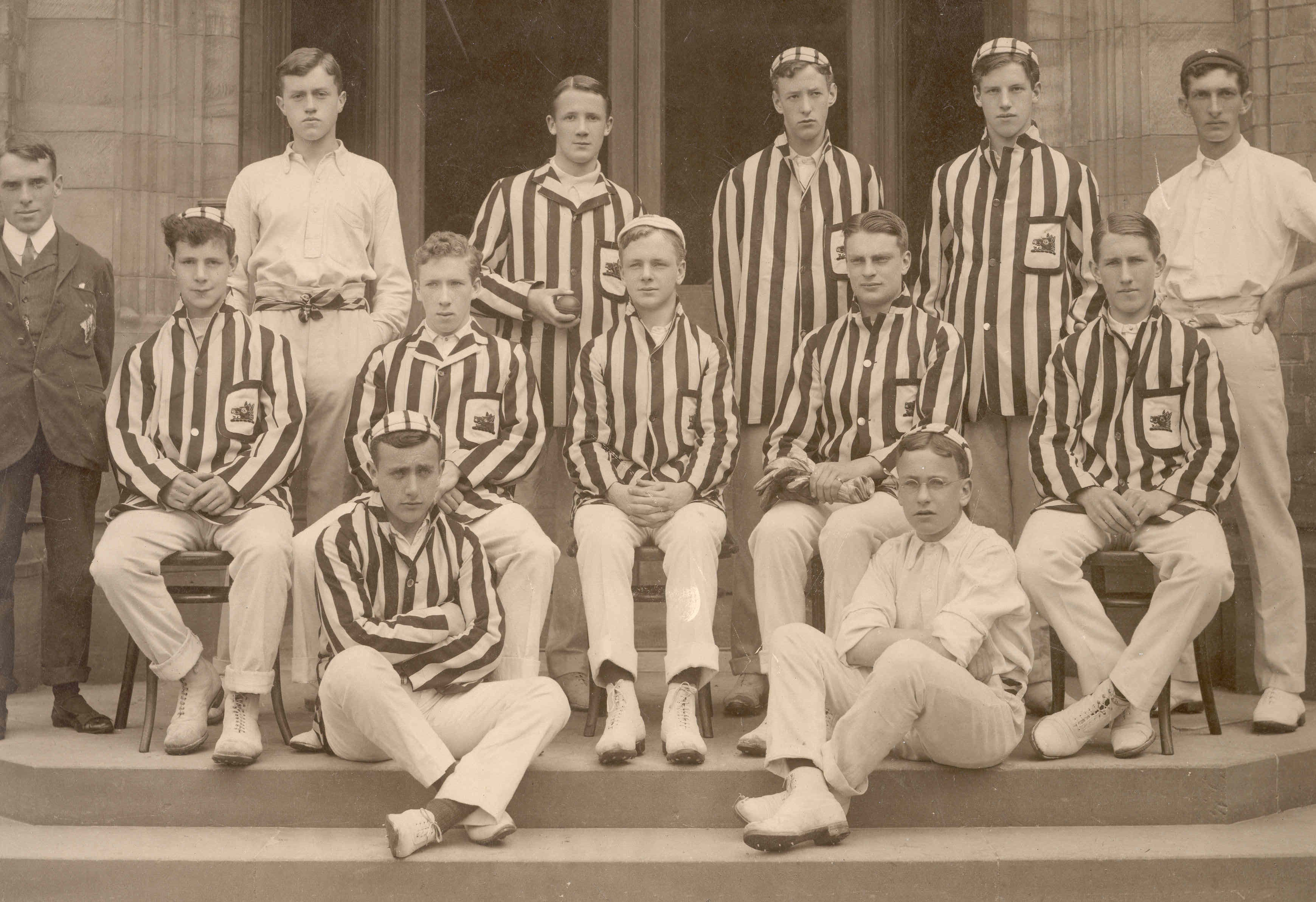 Many believed that sport, physical activity and competitive games brought considerable benefit to the individual. In 1910, the Bishop of Down addressed the school and spoke of

‘self-control…which could not be better learned than in the games of a school…[and the] value of cricket and football in the formation of character’.23

To ensure that all boys received the positive benefits of ‘games’, MacFarland made them compulsory as

‘the boys [for] whom they are most necessary are precisely those who will not play’.24

A wide range of sports were pursued at CCB which included boxing, fencing, hockey, tennis and soccer. The sport that really mattered was rugby. E.R. Dodds recorded that ‘life at Campbell College was dominated by rugby; to us boys it appeared that this was what we were there for’.25

The exploits of the first XV were followed with interest. In January 1912, Russell records his satisfaction of Campbell giving Methody College Belfast a ‘bad ‘licking’, beating them 16-6.26 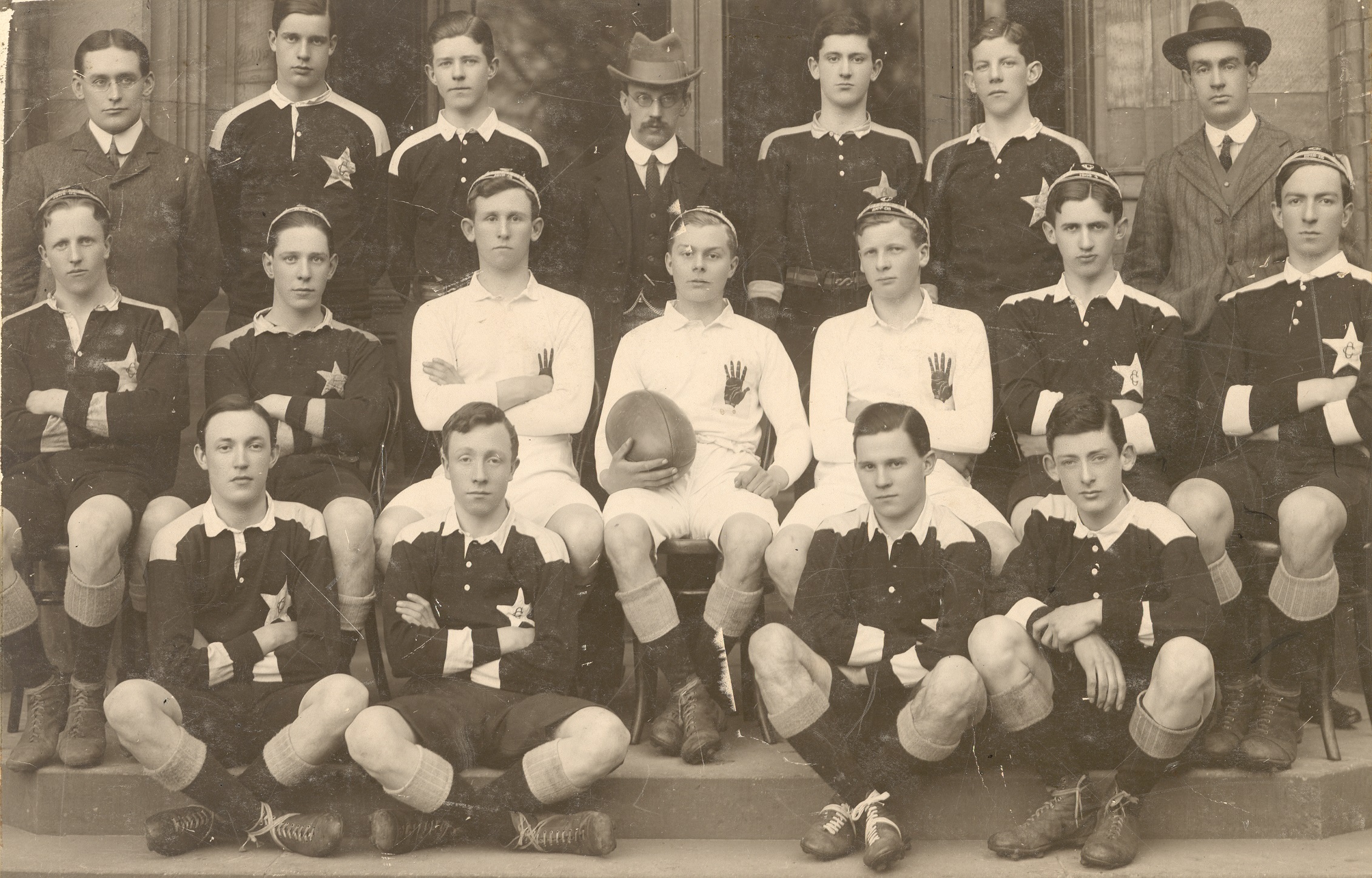 Many of the Men Behind the Glass were members of the 1st XV such as:

The Ulster Schools' Challenge Cup was the rugby trophy all schools in the north of Ireland sought to win. It has the distinction of being the world's second-oldest rugby competition, having been competed for every year since 1876. CCB first won the cup in 1898.29 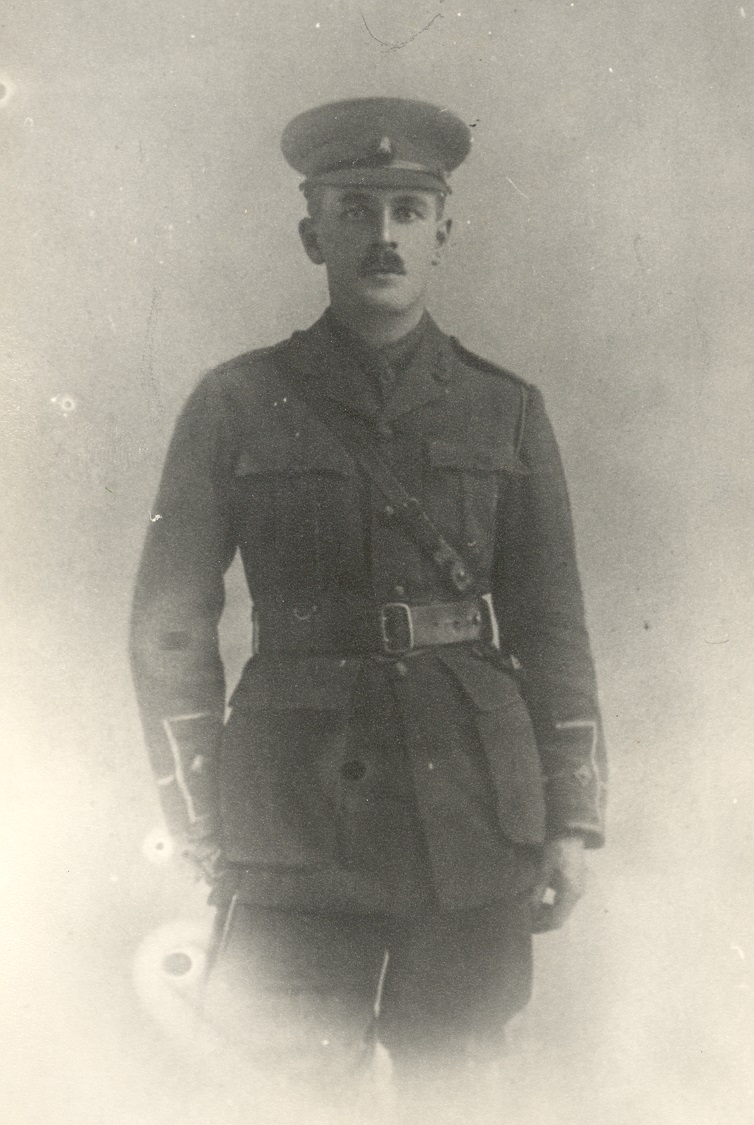 The other great rugby accolade that was celebrated was having OCs being selected to play for Ireland. The first OC to get that honour was James Allison (OC 2), who debuted against England in the 1899 Home Nations Championship (now the Six Nations). At that time he was 18, and then the youngest centre to have appeared for Ireland.30 Alfred Taylor (OC 709) played for his country in 1910 and William Victor Edwards (OC 354) who became an Irish rugby international in 1912.31 Edwards played against England in February of that year, losing 15 to nil. The Northern Whig said Ireland’s display was ‘poor’ and ‘exceedingly disappointing’ but noted Edwards was ‘the best of a bad lot’.32

Everyone in the school was expected to take the game seriously and support the team at their matches. A complaint was made in the Campbellian of the of feeble touch-line support for the rugby team, and the fact that ‘some do not even bother to look at the match, but play the fool on the touch-line’.33 A worse offence was to try and avoid participating in the game. A letter in the Touchstone expressed contempt for those, especially juniors, ‘who feigned illness to avoid rugby’.34

However, many students actively tried to get to grips with the sport. The intellectual E.R. Dobbs (1023) believed that he was not cut out for physical activity noting ‘as a child I had no practice in the business of co-ordinating hand and eye’. He further observed that in rugby he was ‘too light for the scrum, too insecure in my handling for a place among the backs’. However, he tried to master the game working ‘harder at it than I had ever done at my Latin Prose’ and scraped a place at No.8 in the 1st XV in his last year at school (1911/1912) before he was expelled.35 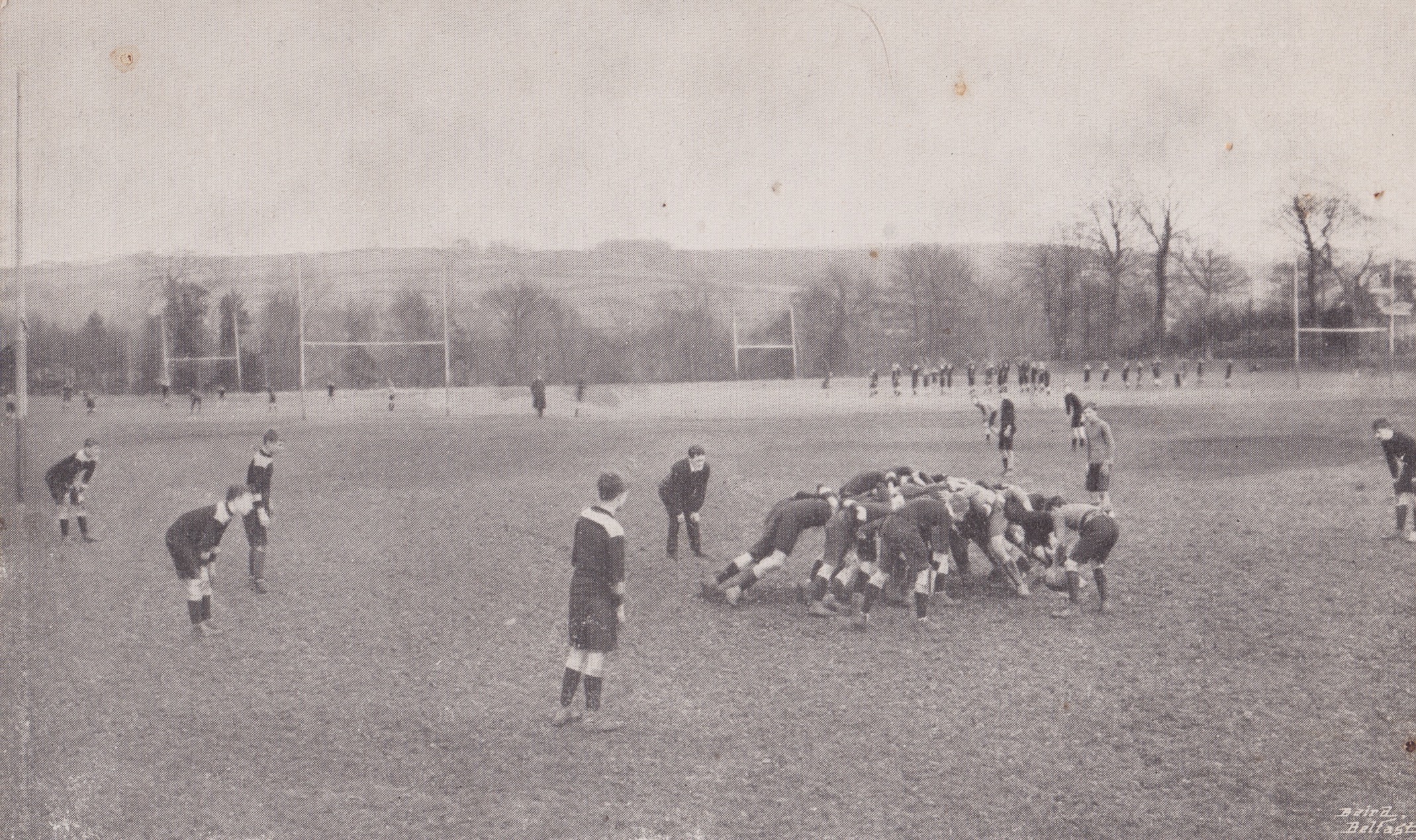