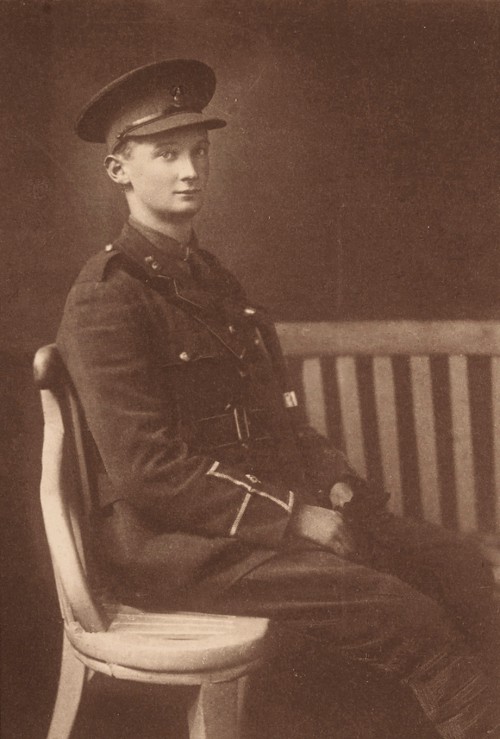 Son of the solicitor William Hunter of Baymount, Sutton, County Dublin and the brother of Cambellian OC (1187) William Adams Hunter, Ronald entered Campbell College in September 1911, leaving in February 1916 to move to Sandhurst. He was Commissioned in September 1917 to the Royal Dublin Fusiliers. (Commission Sept 1917).

Moving to France in December 1917 to join 1st Battalion, Royal Dublin Fusiliers, Ronald took part in fierce fighting from the 21st-27th March 1918. He was wounded in thigh and wrist and reported to have died of his wounds as a Prisoner of War in a German hospital in Stettin, on 25th April 1918. Officially he was reported missing, then as PoW.

He is buried in the Berlin South Western Cemetery, Brandonburg, Germany, Grave V.B.12. His grave inscription reads "We have no abiding City here."