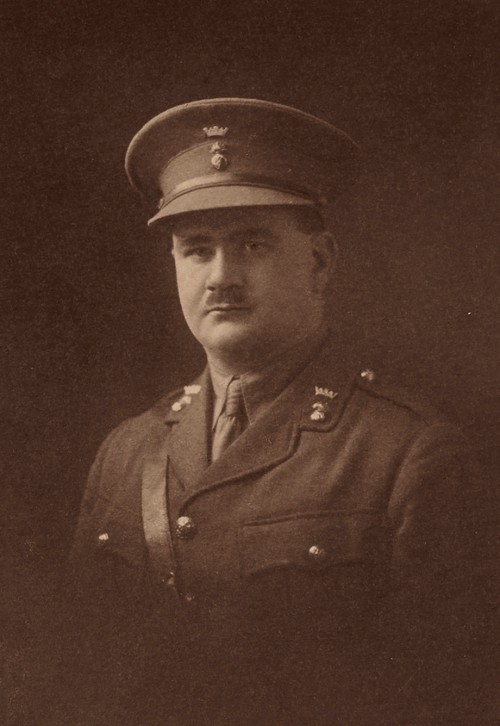 William was the son of Alfred Edwards of The Laurels, Strandtown. William entered Campbell college in September 1896, previously attending Thanet College in Margate and later going on to Queen's University, Belfast and becoming a Chartered Accountant. He was an active member of Belmont Presbyterian Church, and is reported to have been a founding member of the Active Service Masonic Lodge, No. 415, Tipperary.

William was an Irish rugby international, 1912. He played against England in February of that year and lost 15 to nil. The Northern Whig said Ireland's display was 'poor' and 'exceedingly disappointing'. Edwards was cited as 'the best of a bad lot'. He was also the first man to swim across Belfast Lough on 16 August 1913.

William saw heavy fighting with Irish Division in France 1916. Twice reported in casualty lists - gas poisoning and a wound to the head (at capture of Ginchy). He was transferred to Regular Army as Captain with RDF.

He was reported to be "A man of splendid physique, he occupied a prominent position in athletics circles, and represented his country in International Rugby football and water polo fixtures". He served with the UVF; Company Commander in 6th Battalion, East Belfast Regiment, having signed the Solemn League & Covenant (28th September 1912) at Whitehead, where his address was given as 'The Gobbins Farm, Whitehead'. He is buried at Jerusalem War Cemetery, Israel/Palestine.