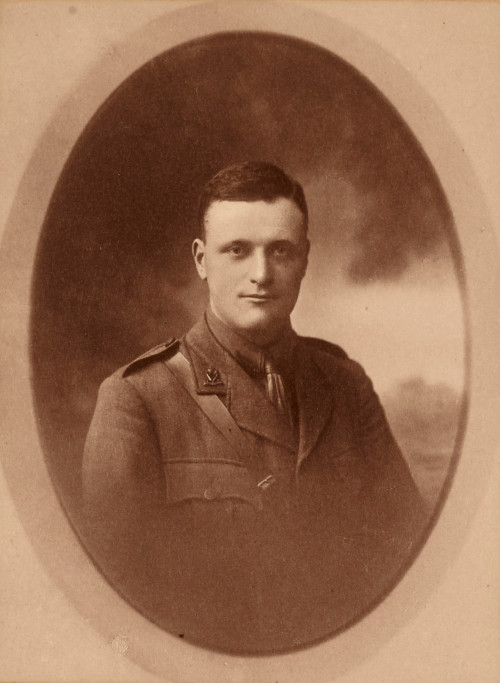 Robert was born on the 16th April 1890, the son of John MacDermott, M.A., D.D., and Lydia Allan MacDermott, of Belmont Manse, Belfast; he was the brother of John Clark MacDermott (OC 976).

Robert entered Campbell College in September 1901. He went on to become a scholar at Queen's University, after which he was called to the Bar and worked briefly with C&J Black, Donegall Square North, Belfast.

The Belfast News Letter reported that Robert was a Section Commander in E.T. Richardson's company in 6th Battalion, East Belfast Regiment of UVF. Robert enlisted into the British Army on the 27th September 1914, joining the East Belfast Battalion of the 36th Ulster Division.

He was killed in action on the 8th January 1916 while serving with his regiment at Auchonvillers, Somme, France, where he is now buried.