The Headmaster of Campbell College, Robert MacFarland, reflected in July 1914 that the previous year had been one of ‘full of care and anxiety’ as Ulster teetered on the edge of civil strife.1 He referred to what has become known as the Home Rule Crisis which had started two years before. In 1912, the Third Home Rule Bill was introduced to the House of Commons by the Liberal government. This legislation proposed a devolved administration in Dublin with responsibility for domestic affairs. 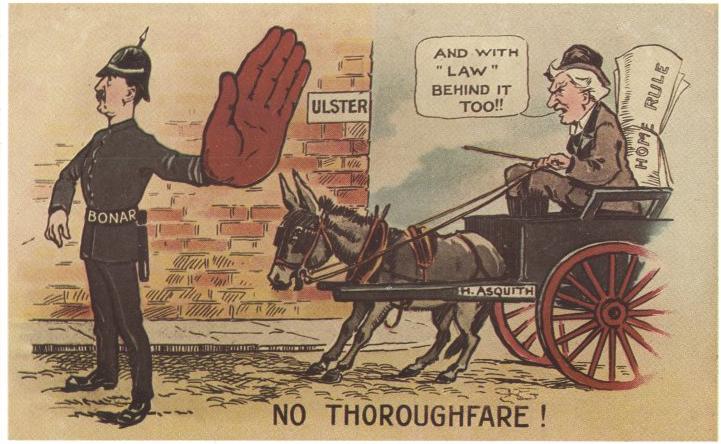 Many in Ireland, especially in Ulster, were deeply opposed to this legislation, fearing that a devolved administration would threaten their identity, religion and economic interests. Many who opposed the Bill signed the Ulster Covenant pledging to defy the implementation of the Bill by ‘all possible means’. For many this meant violence and a paramilitary force was created titled the Ulster Volunteers Force (UVF) which threatened to resist by physical force the implementation of the Act and the authority of any Dublin parliament by force of arms.

In response to this, Irish nationalists established their own military organisation, the Irish Volunteers, which sought ‘to secure the rights and liberties common to all the people of Ireland’. 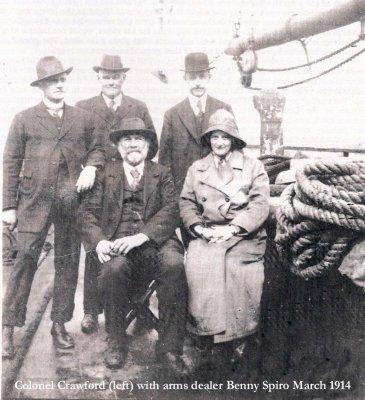 It looked like Ireland was heading to some type of civil war. Both sides began military style training and illegally secured weapons and ammunition. Fred Crawford, while an active and respected governor of CCB, organised the smuggling of 25,000 German rifles and millions of rounds of ammunition through Larne, Bangor and Donaghadee in April 1914.2 He was assisted by some OCs such as Samuel Kelly (OC 101), who allowed one of his company’s colliers, the SS Balmerino, to act as a decoy during the operation and he himself commanded the SS Clydevalley, which carried the illicit weapons into Larne.3 4 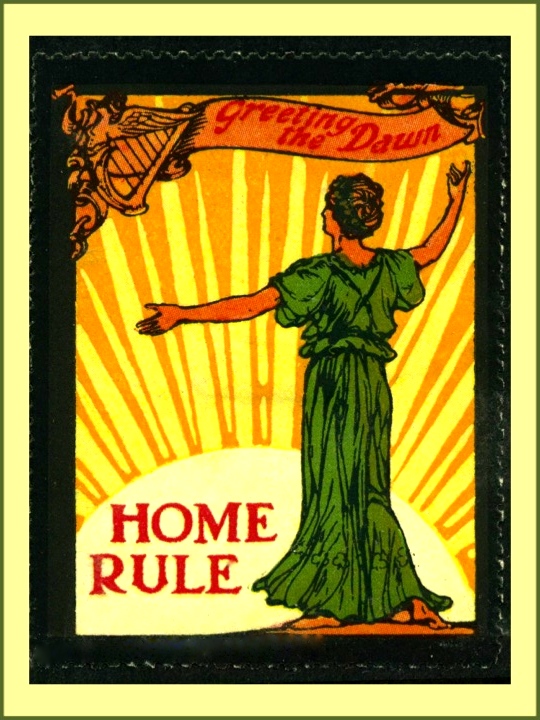 The political situation affected boys at Campbell. John MacDermott (OC 976), whose brother Robert MacDermott (OC 616) was killed in January 1916, recalled that ‘the Ulster question had become increasingly grave during my last two years at Campbell [1912-1914], and had faced the senior boys…with the realisation that the political issues of the local scene were mounting to a climax, and could soon affect our lives to a degree which justified immediate attention and concern’.5

Many OCs gave their attention and concern to supporting and training with the UVF.

John McDermott (OC 976) joined in 1913 and his brother Robert McDermott (OC 616) drilled and trained with his local unit while still at CCB.6

Many OCs were members of the same UVF unit; James Davidson (OC 45)7, Elliott Johnston (OC 766)8 and Robert Neill (OC 983) joined the 1st North Down Battalion in Holywood. The latter returned from his school in Switzerland to enlist.9

The threat of civil war was averted by the outbreak of the First World War.