Linen merchant Henry Campbell left a large bequest in his will to build the College. In 1894, the new Campbell College was built and bore his name as his will had stipulated. The trustees set out that the new school would give pupils a 'superior liberal Protestant education'.1 To achieve this a curriculum had been developed that was based on 'sound educational lines' that provided students 'not only [a] preparation for the universities, but also in the fullest form the special training for passing boys from school into modern practical life'.2

At Speech Day in 1904, one of the Governors, Robert Kyle Knox, said the Board of Governors:

'desired to make the school a centre of education which should stand on a level with the Great English [public] schools...They wanted to have their share in the education of those men who in the future would have the interests of the Empire in their hands'. 3

In 1894, the annual cost of boarding was around 64 guineas (that worked out at £67 as one guinea equalled 21 shillings or £1.05). Four-fifths of the fee covered accommodation and meals and the rest was for tuition.4 For the sons of Anglican and Presbyterian clergymen, the fee was reduced to 56 guineas (£58).5 The cost of sending a boy for day attendance and tuition only was 12 guineas (£12 and 12 shillings). This education was out the reach of the majority of the population. The average wage of an agricultural worker in July 1914 was around £44 per year.6 In contrast, the first headmaster of CCB, Robert McNeil, was paid around £900 per annum.7 The vast majority of boys who attended the College paid these fees but there were a number of scholarships available at the time.

The families who could afford to send their sons to CCB were largely drawn from the affluent and professional 'middle-class Ulster Protestants'.8 A large proportion came from religious backgrounds, their fathers being ministers or vicars such as George Mitchell (OC 1009) and Robert MacDermot (OC 616). Others came from prosperous commercial and industrial families, many of whom were large Belfast employers such as Sir William Ewart, Samuel Davidson (father of James Davidson (OC 45)) and Sir Otto Jaffe.9 There were also a large number of boys whose fathers were in the military such as brothers William (OC 913) and Robert Semple (OC 914). 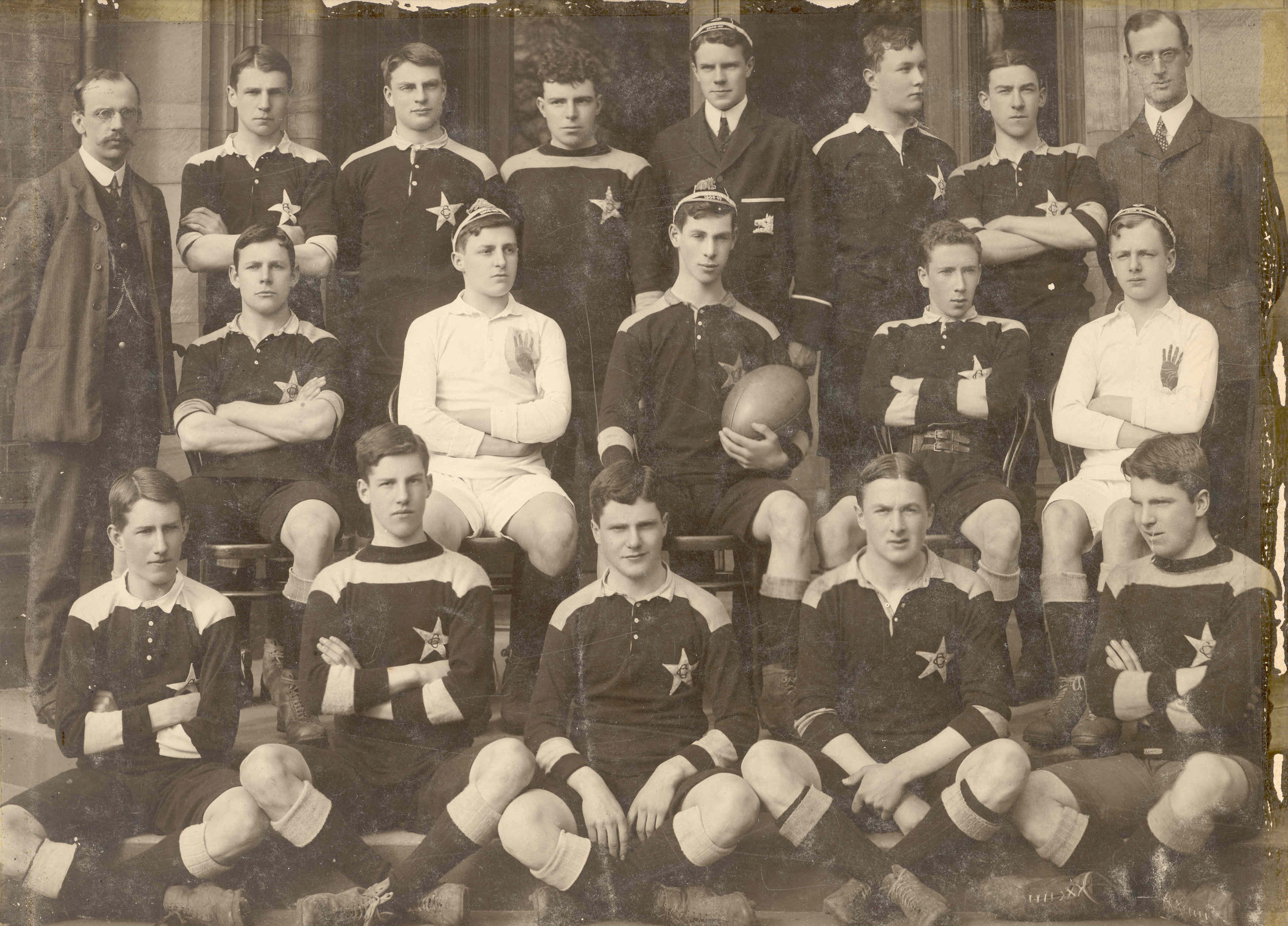 E.R. Dodds (OC 1023) believed that the origin of most boys were 'northerners' with a 'sprinkling' from the south.10 Keith Haines calculated that of the 1,052 pupils who entered its gates in its first 20 years from 1894, only 4% came from beyond the island of Ireland.11

The College opened its doors in September 1894 with 215 Foundation Scholars including 10 who would die in the Great War including Kenneth Agnew (OC 4), John Davis (OC 49) and James Davidson (OC 45).